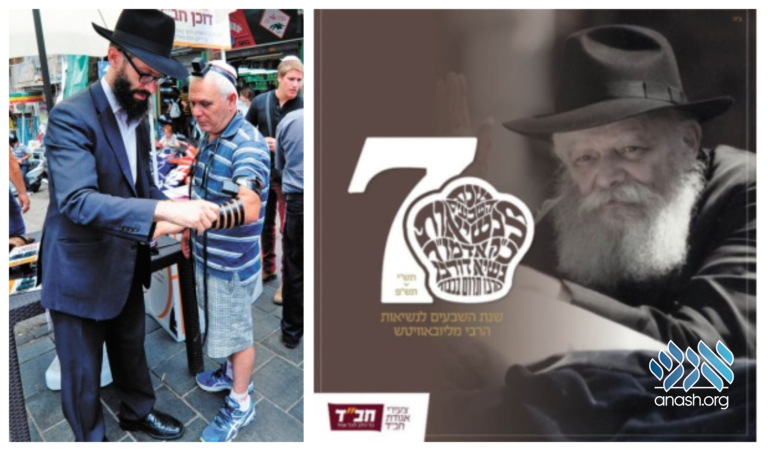 Yud Shvat this year marks the 70th anniversary of the Rebbe accepting the nesius. Many are looking to give the Rebbe ‘gifts’ with the number 70. Some might learn 70 sichos, others might bring 70 yidden to the Ohel, each according to their ability.

But Tzeirei Agudas Chabad in Eretz Yisroel are taking it up a notch. They have launched an ambitious plan to open 71 new institutions to mark the beginning of the 71st year of the Rebbe’s nesius.

In 5732/1972, as the Rebbe marked his 70th birthday, he addressed the multitudes of chassidim who came to be with the Rebbe on that day. In a unique sicha, the Rebbe requested a birthday gift of 71 new institutions over the following year.

Drawing inspiration from the Rebbe’s words, Tzach in Eretz Yisroel has opened a special office to plan activities and farbrengens marking Yud Shvat. At the first meeting of the staff, on Isru Chag, they announced that over the next year, they plan to open 71 new institutions in Eretz Yisroel, as a gift to the Rebbe for Yud Shvat.

Details have not yet been revealed. As Yud Shvat gets closer, we expect to hear soon what type of institutions will be opened and other pertinent information.