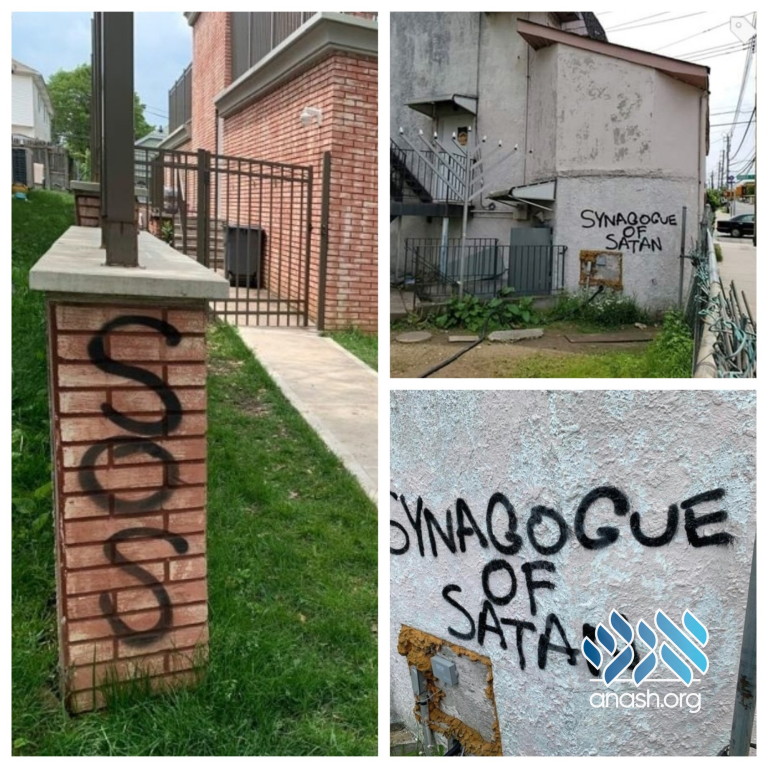 Hate has reared its ugly face again in NYC, this time in Staten Island.

Hateful messages were found scrawled on the two Jewish locations.

The words “synagogue of Satan” were found painted on the Chabad of Staten Island Shul, located on Harold Street.

Across the street, the letters “SOS” were written with spray paint on the Yeshiva Zichron Paltiel of Staten Island.

The Rov of the Cahabad Shul, Rabbi Moshe Katzman told SILive that he believes the crime was done around midnight Wednesday / Thursday.

Recently, there was hateful messages in Staten Island, when homeowners places signs in their gardens which said “Westerleigh Strong”. That was a message to homeowners from selling their homes to Orthodox Jews who have recently been moving into the area.