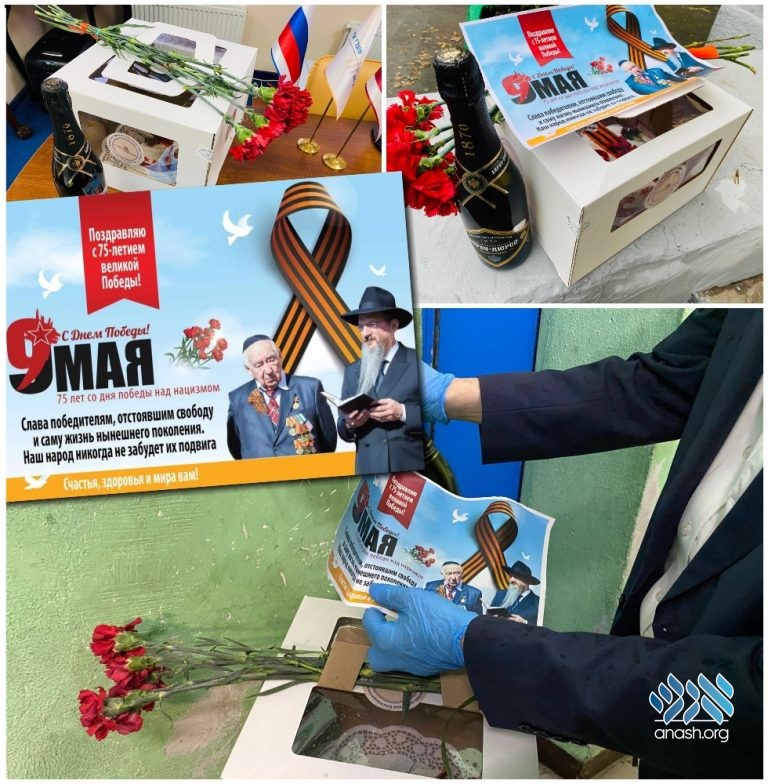 Friday will mark the 75th anniversary of the USSR’s victory over Nazi Germany, and Rabbi Berel Lazar wasn’t going to let the veterans miss out on their annual celebration.

On Friday, May 9, Russia will mark the 75th anniversary of the end of World War II. On this day, the Soviet forces won the final battle against Nazi Germany, after a bloody five years of war which killed 30 million soldiers and civilians in the USSR.

Every year in the past, the date was marked with spectacular marches in all Russian cities with Moscow holding the central, and most famous one. This year however, due to the situation, no public ceremonies will be held, and the famous ‘Victory Holiday – May 9’ will be marked only in private homes.

Knowing how much the day means to the veterans, Chief Rabbi and Head Shliach of Russia Rabbi Berel Lazar sent greetings to all Jewish World War II veterans thanking them for their heroism and devotion during the war, and wishing them long and healthy years.

Additionally, with due care and caution, and with the approval of the local authorities, the directors of the “Shaare Tzedek Chessed Center” in central Moscow, arranged for special celebratory packages to be delivered to the houses of the veterans, allowing them to celebrate the day from the safety of their homes.