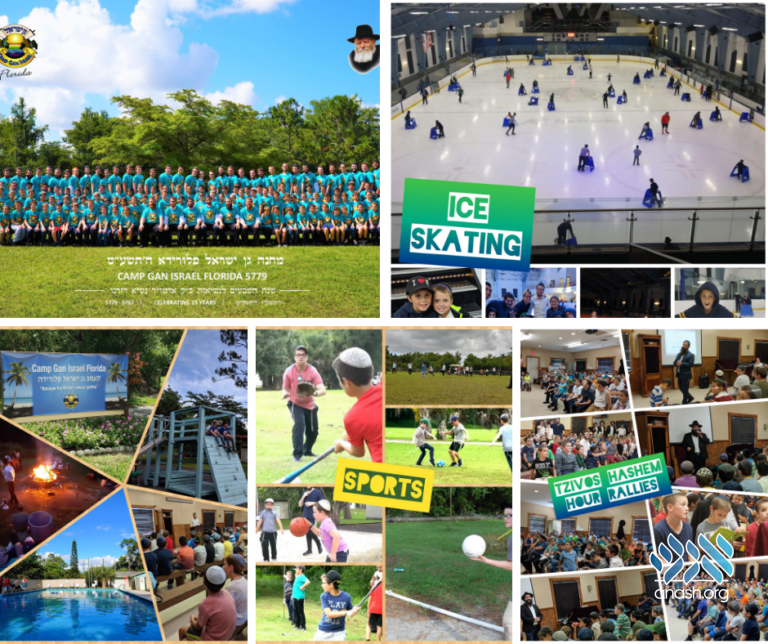 After six short weeks campers and staff wished each other their best as they embarked on their respective journey homes, marking another successful summer packed with meaningful memories, powerful lessons, and immeasurable growth.

Some sat in the air conditioned shul. A place they gathered 3 times a day to daven, watched nightly Rebbe videos, participated in weekly “Tzivos Hashem Hour” rallies with guest Shluchim, late-night bunk farbrengens, and specialty events such as “Crossfire” and so much more.

Many were found in their bunkhouse – a place where friendships were forged and joyous memories were made… And a place where they learned how to tidy up after themselves!

A few campers were seen leaving the dining room after breakfast. The memories there were not limited to the great meals and salad bar by culinary and caterer extraordinaire Chef Nisen. There were the uplifting Shabbos meals, full of songs, stories, excitement and much growth; the mishmar programs and farbrengens; the color war skits… And a trip-breakout or two.

One group went to visit their learning class one last time. This is where they learned about hilchos Shabbos, Moshiach, and prepared for their weekly Kluger games.

Some roamed the playing fields where they relived their championship-winning game, had fun on camp’s zip line or by camp’s bonfire. Others were found on-stage in camp’s multi-purpose room imitating the Night Activity director’s shtick.

A bunch of boys could be seen shlepping parents who drove up to pick them up and see their point totals on the Mishnayos Be’Al Peh board or proudly showing them their final-rank status on the coveted Tzivos Hashem rank board.

As the buses opened their doors camper after camper could be seen boarding with their Rebbe-album and/or award they received at camp’s banquet the previous evening. Seeing the very same drivers throughout the summer brought back memories of all the trips; bowling, the water park, ice skating and the long trek to Legoland and Island of Adventures

The singing of “Goodbye Gan Yisroel” and “Gan Yisroel Chai” was incessant – no one wanted it to end… And not just because the videographer was there to capture it on film.

These connections have continued beyond the time constraints of camp. Already on Chof Av campers collectively got together over the phone to learn a sicha in honor of the Yom Hillula of the Rebbe’s father!

It is the wish of all campers and campstaff for the summer to bring much-deserved nachas to the Rebbe and is what it will take to tip the scale and bring the coming of Moshiach now!