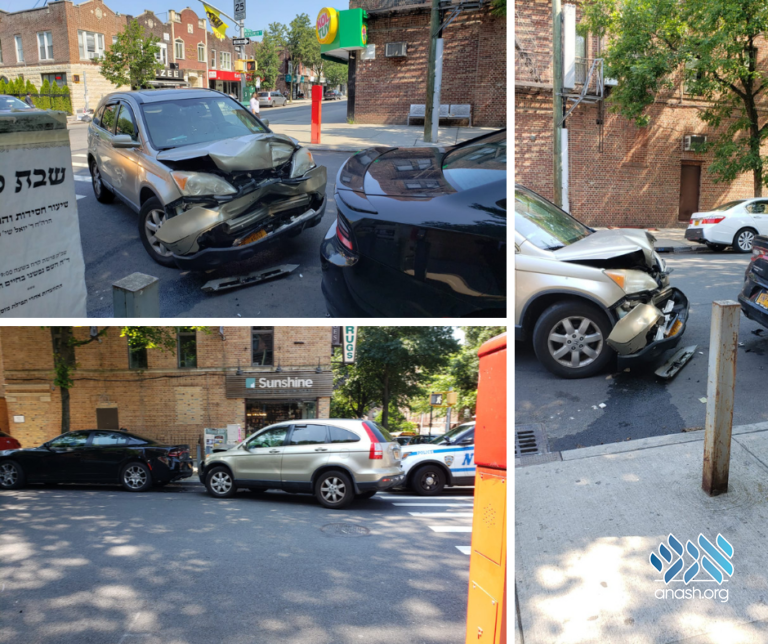 Early this morning a Crown Heights resident was the victim of an attempted carjacking.

The incident took place at around 7:30 am at the corner of Kingston Avenue and Crown Street. The driver had left his car running while going to fetch something from the trunk. Meanwhile, a young man, described as wearing a white shirt and black shorts, suddenly jumped into the driver’s seat.

While attempting to re-enter his car, the owner of the vehicle was attacked and injured by the assailants.

The thieves attempted to take a left turn onto Montgomery Street, but hit a car parked on the corner.

FDNY transported the owner of the vehicle to the hospital, and the Police are investigating the incident.