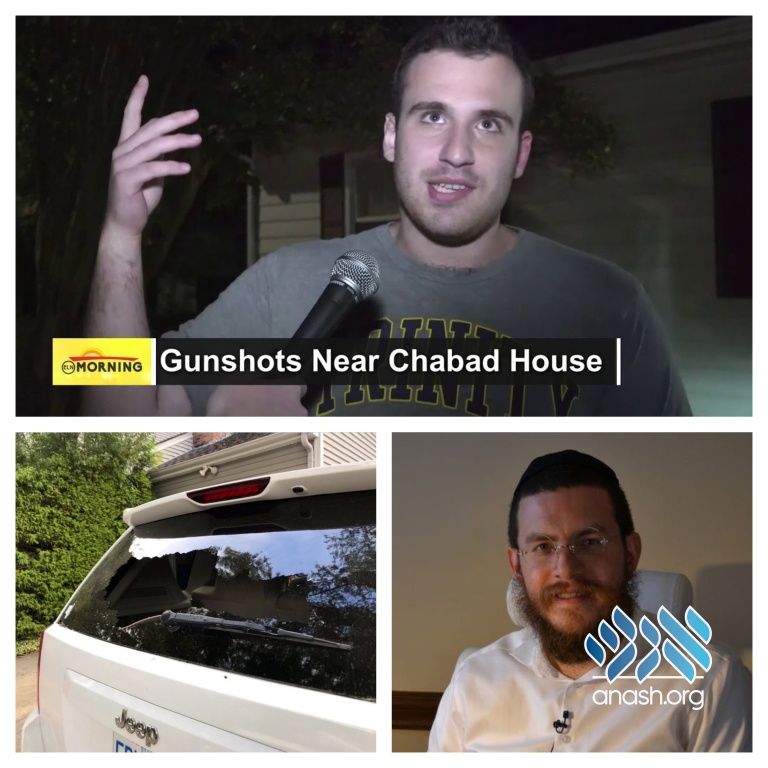 As the sun set on the holiest day of the year, 75 students were gathered in the house that serves as Chabad at Elon University. Haunting strains of neilah echoed through the room as its occupants reflected on the year ahead, praying for health, success in their studies, and peace.

As the end of the fast drew near, students prepared to join Rabbi Mendy and Rivka Minkowitz, shluchim to Elon University, for havdalah and an elaborate break the fast. Suddenly, loud noises were heard, and students rushed out to see what had happened. When they stepped outside, however, all was quiet, and nothing appeared out of the ordinary; everyone re-entered the building and carried on as before.

It was only upon exiting the Chabad house at the end of the evening that students noticed a car with shattered glass and damage to its side. The vacant car, belonging to a local high school girl who was babysitting for the Minkowitz children, had been shot at and sustained significant damage.

Elon Police are investigating this incident as a possible hate crime, due to the fact that it occurred outside a shul on Yom Kippur.

In an email, Vice President of Student Life Jon Dooley wrote that there is “no indication of any ongoing threat to the campus community.” At the same time, he wrote, “the timing and location of this incident are extremely disturbing.”

“We’re closely in touch with the students- our first priority is to make sure that everyone is okay,” Mrs. Minkowitz told Anash.org.

Earlier today, the Minkowitzs put out a statement about the incident, expressing their gratitude that “Thank G-d, no one was hurt,” and for “the men and women in law enforcement… and all the support we have received from the community since the incident.”

“We’re determined to carry on full force with our activities at Chabad,” Mrs. Minkowitz said. “We won’t let haters win.”