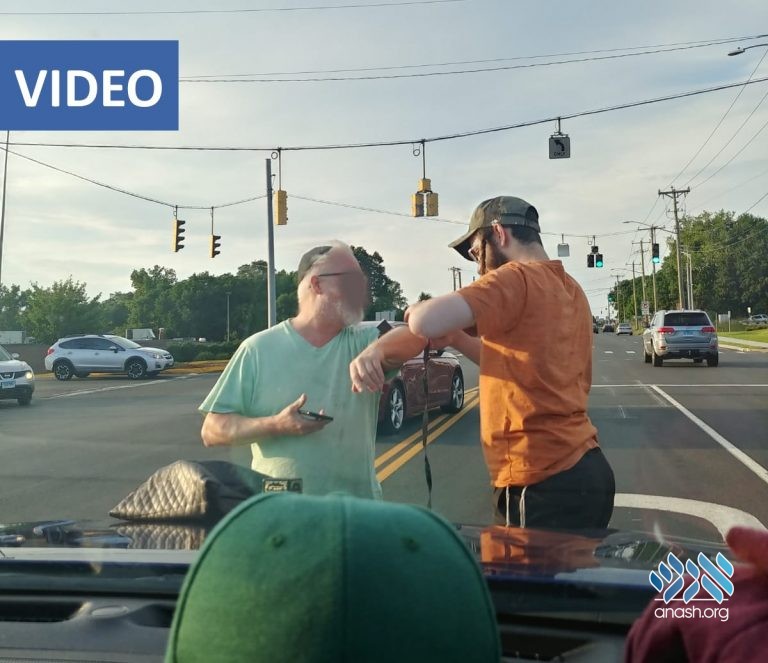 What happened when a group of bochurim were involved in an accident with a fellow Jew?

A group of bochurim traveling in Connecticut last week, was involved in a minor collision with another car as it attempted to merge into their lane.

After Motty Smith, Yossi Fisher and their fellow bochurim had contacted the police, the second driver exited his car and came over. He immediately noticed the boys’ distinctive Jewish look, and cheerfully announced “Ah! Mishpoche!”

“If we’re mishpoche, then let’s lay tefillin!” came the classic Chabad response. “Have you had a chance today?”

“No, it’s been years,” the driver admitted, and introduced himself as Reb Yossel.

Smith immediately pulled out his tefillin and proceeded to help Reb Yossel don them, while the group waited for the police to arrive. When they eventually showed up, the cops wanted to know where the other party was!

What was clearly divinely orchestrated, Smith told Anash.org, was the fact that the boys happened to be on that road at that exact time.

“We were unable to go to the location we had planned to visit originally,” he said, “so we were on that road traveling elsewhere, and heading to a specific gas station.” The boys also missed a turn, winding up at the intersection at which the accident took place.

Accident? No such thing.