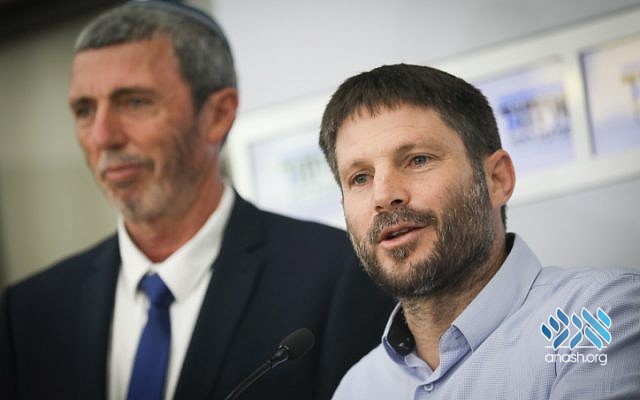 Yamina chairman Ayelet Shaked and 14 candidates on its list, sent a letter to Lubavitcher rabbonim on Tuesday, promising to work toward the shleimus of Eretz Yisrael according to the precise instructions of the Lubavitcher Rebbe, a Srugim report said on Tuesday.

Yamina’s letter was in response to the publication of a call by Lubavitcher rabbonim two days earlier, calling for Lubavitchers to vote only for a party that will pass the electoral threshold to avoid “wasting even a single vote.”

“Every one who fears Hashem must participate in the elections and vote for the most Charedi parties,” the letter states. “Care must be taken that not even a single vote is wasted. One must only vote for a party that will clearly and unequivocally pass the election threshold. It’s forbidden to support a party that negotiates giving up territory from Eretz Hakodesh or granting any type of autonomy to non-Jews. This is a matter of pikuach nefesh.”

Yamina’s letter to the Lubavicher rabbonim stated: “I, the undersigned, undertake to act in the Knesset and/or any other framework for the sheimus of Israel according to the holy opinion of the Lubavitcher Rebbe. I will firmly resist and will not have a hand in establishing a Palestinian state or autonomy of any kind, ceding territory, evacuating communities, etc.”

“I will work to establish communities throughout Judea and Samaria, the Golan and throughout the country,” the letter concluded, adding “in anticipation of the true, immediate and final geulah.”

The Lubavitcher community is viewed as an important voting bloc for Israeli politicians.