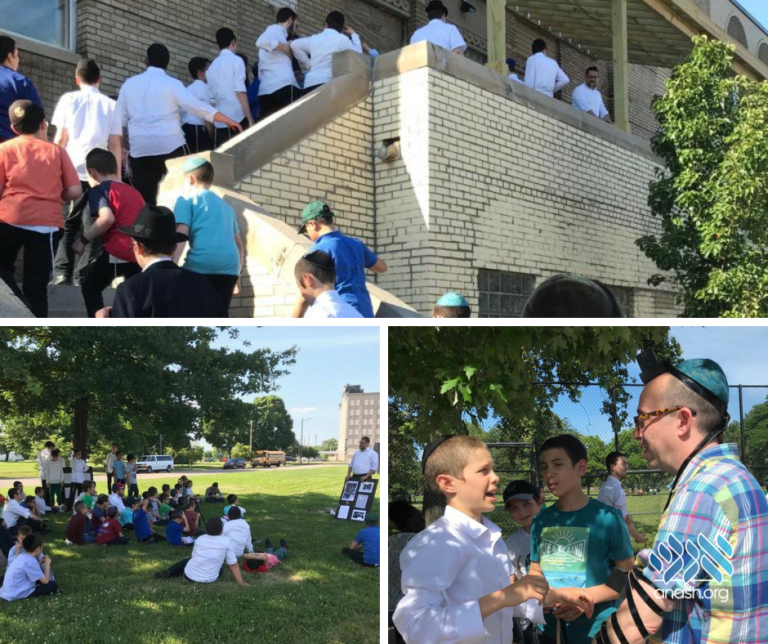 In honor of Yud Beis Tammuz, and 90 years since the Frierdiker Rebbe’s visit to the city of Detroit, Camp Gan Yisroel Detroit Boys Camp, toured the historic Jewish areas in downtown Detroit, led by the Shliach to Downtown Detroit, Rabbi Yisrael Pinson.

The tour concluded with a Yud Beis Tamuz Farbrengen on the lawn of Chabad of greater Detroit.

A very special thank you to Detroit Shliach Rabbi Yisroel Pinson and family, for hosting Gan Yisroel at their Chabad House, and devoting the afternoon providing us this special tour.

A special Kovetz was printed for this tour, with newspaper articles, diaries, and original pictures from this historic visit of 1930.