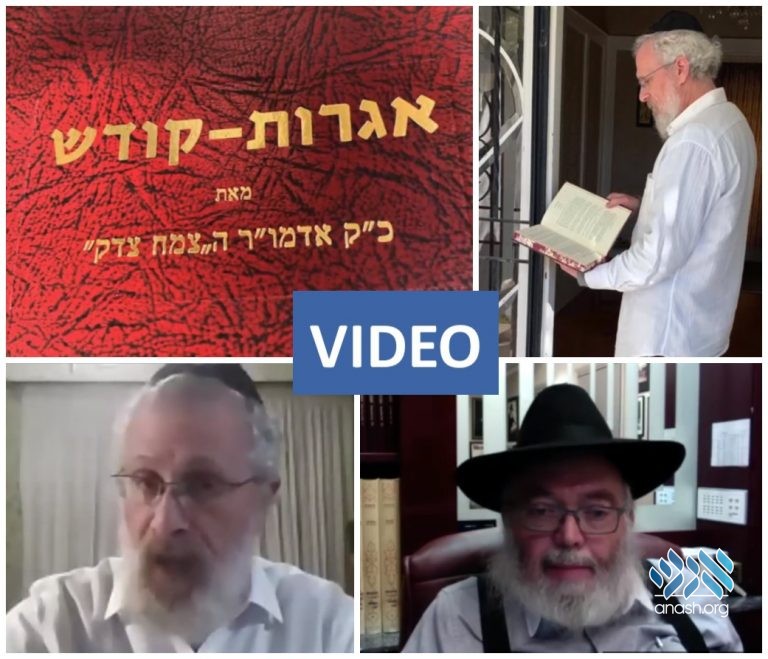 Given the possibility of a resurgence, a campaign has been started to spread the Tzemach Tzedek’s advice of giving tzedaka every hour to end an epidemic.

Chabad Ohel Devorah of Melbourne Australia has launched a new initiative, after hearing advice from the Tzemach Tzedek at their online class given by Rabbi YY Yehoshua Hecht on the Rogatchover Gaon.

Rabbi Hecht explained, while reading from the letter, that due to a plague that fatally struck 200 people in three months, the Tzemach Tzedek lists numerous ways to bring that plague to an end.

One very important way, says the Tzemach Tzedek, is giving tzedaka every hour on the hour and before every tefilla in a total amount of 18 coins in a day. Even if a person doesn’t have to give that amount of coins he should give less.

R’ Mottel Feiglin, President of Chabad Ohel Devorah, added that a good way to make this a reality is by possibly splitting it up, so that each member of the family, wherever they live around the world, gives at a specific time, to make sure the 18 hours – or even all 24 hours – are covered.

He furthermore suggests that if you don’t have family around the world to spread it with friends on WhatsApp groups and get everyone at a different hour to give their tzedaka.

“Let’s start at this class and continue it to the shul,” he announced. “Then the whole Melbourne, the whole Australia and then the whole world!”

R’ Mottel Feiglin tells that the minute he told his wife about this segula, she ran to the bank and got packets of coins so they can do it every hour on the hour.

May this special act of tzedaka with brachos from the Tzemach Tzedek be fulfilled and this pandemic finally over.