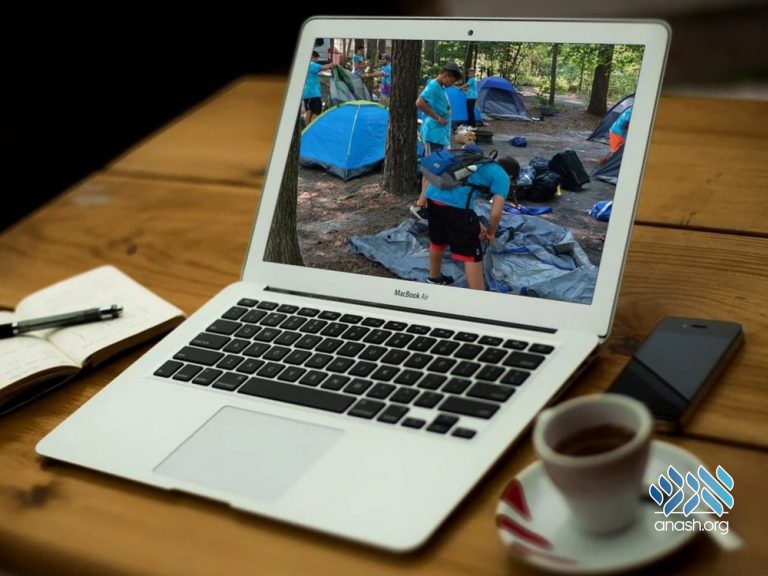 With less than two months until the start of summer, camp directors are evaluating the options; some may move their camps online.

With less than two months until the start of summer, camp directors and parents alike are trying to figure out what programs will look like in the era of the coronavirus, stay-at-home orders and social distancing.

“As much as I want camp to be there, there is still so much uncertainty,” said Yafit Sananes, whose two boys, 7 and 9, usually attend Camp Gan Israel in Cherry Hill, N.J. “Camp makes them proud to be Jewish and gives them increased self-esteem about making Judaism something to be proud of; it gives them a feeling of togetherness. The camp really emphasizes Ve-ahavta lere-acha kamocha, ‘love your fellow Jew.’ They have Jewish friends from camp.”

Knowing how important camp is to keeping children engaged in Judaism—several studies have shown that participation in Jewish camp creates families that are connected with the Jewish community—officials at Camp Gan Israel are working to come up with a strategy at a time when every city, state and even municipality may have different operating rules as some states begin to relax their stay-at-home orders. An estimated 60,000 youngsters attend one of the more than 300 Camp Gan Israel programs internationally.

“We are ready to go and make camp available in any option,” said Rabbi Zalman Loewenthal, director of CKids-Chabad Children’s Network at Chabad-Lubavitch’s Merkos 302 programming office, which has been working with Camp Gan Israel directors to develop three potential scenarios for camp this summer.

‘Camp Is About Movement and Interaction’

Among the options Gan Israel camps are considering are a traditional summer-camp experience with circle time, trips, activities and more; a virtual, supersized online camp experience with virtual circle time, special guest performers and interactive programming designed to get kids moving; or a hybrid of the two with no trips, and a reconfiguration of spaces to promote social distancing, temperature checks and more.

“I don’t think it’s a realistic expectation that camp will run like normal,” said Rabbi Schneur Scheiman, co-director with his wife, Ester, of Camp Gan Israel in Northbrook, Ill. “We rent several facilities, including a pool, and we go on a lot of field trips and have outside instructors who visit.”

It runs smoothly in normal years, he contends, but “this isn’t that.”

Rabbi Yitzchok Kahan, co-director with his wife, Baily, of Camp Gan Israel in Cherry Hill, N.J., has been running his camp for more than 15 years with some 200 campers each summer. Registration for this year’s program began back in December, and camp is set to open on June 29. Like other directors, he is trying to figure out a way to balance the concerns about the coronavirus with his summer programming.

“We are going to try and remain open in any way possible, and if we can be at full operating capacity, that would be wonderful. If it’s a partial opening, we will do whatever the state and local authorities advise. If we need to cancel trips or swimming, we will,” he said. “Parents want their children outside, and if there is an ability to accommodate that, we will.”

The question is what happens “if we are still on lockdown,” he continued. “I’m trying to wrap my head around the idea of a virtual camp. Camp is not about virtual; it’s about movement and interaction, so it is a bit harder. It is a last resort.”

‘A Solution to Keep Our Kids Busy’

Given that some places may not lift their stay-at-home orders for weeks yet, just how would a “virtual” camp program work?

Loewenthal, who reimagined and launched the Chabad Hebrew School into a very successful virtual platform when stay-at-home orders began in March, has some ideas.

“We can have an extremely interactive program with the most entertaining performances and amazing craft projects,” he suggested. “Obviously, this would all be done with a personal touch from the Chabad emissaries and their camp staff.”

For instance, the daily schedule at a traditional Gan Israel program goes something like this: welcome with your counselor and camp songs; prayer and Jewish learning; snack; art; activity; lunch; afternoon activities; swimming; and end-of-day wrap-up.

Camps could offer a similar daily structure online with modifications, said Loewenthal. He envisions some camps being able to customize virtual meetings for their campers before joining other Gan Israel camps online for special performances or activities.

Though she has questions about an online camp program, Sananes noted that “I appreciate the creativity Chabad shows because as much as we have all gotten to a point where we need a break from online commitments, at the same time once school is over, we will still need to find a solution to keep our kids busy.”

Another issue, say camp organizers, is that the situation changes week by week. Even if they were to make a decision about camp this month or next, plans may have to change.

Scheiman added that “as a camp director, I will be educating Jewish children this summer in some kind of camp setting. For how many days and how many kids I don’t know, but it will happen.”