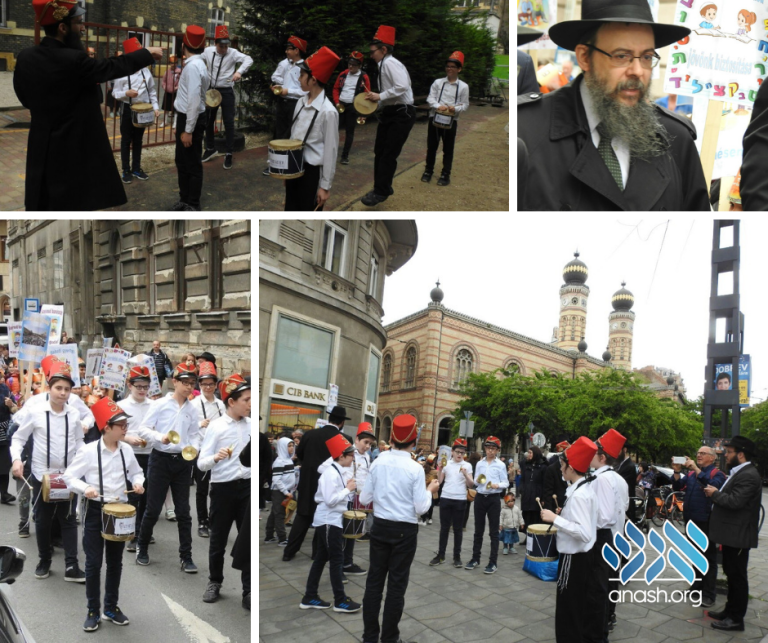 Jews who passed through Wassolny Street, the main street of the Jewish area of ​​Budapest, looked with surprise and with a few tears of joy! A group of Jewish children in traditional Jewish dress, marched proudly on the streets of the city with signs in Hungarian with various Jewish messages.

The Parade passed several main streets, and the police closed the streets for the duration of the procession. Jewish music played in the background, and the children said the twelve pesukim.

This years parade received a significant boost thanks to the outstanding organization of Rabbi Nachman Oberlender, who recently joined the team of Shluchim in Budapest, Rabbi Shmuel Raskin, Rabbi Shlomo Zalmanov and many others.