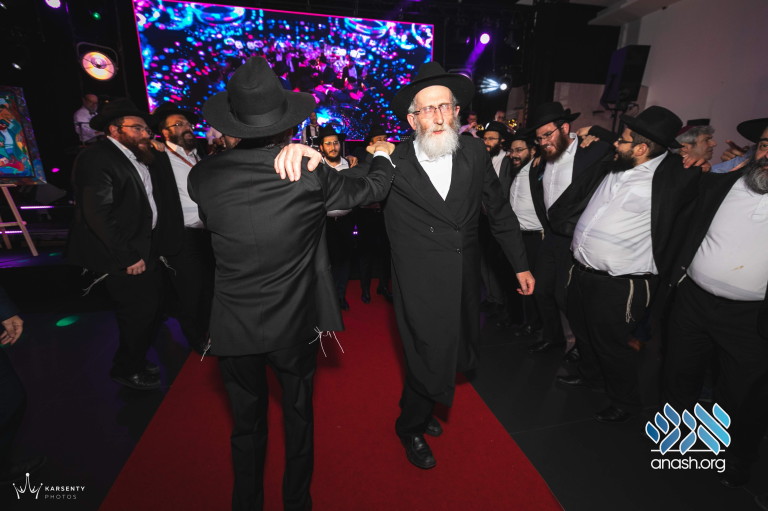 The director, Rabbi Mendel Gurevitch, spoke about the importance of supporting the yeshiva, which received so much encouragement and support from the Rebbe. It’s well known that the Rebbe once wrote that the yeshiva is conducted “al derech k’B’Lubavitch,” similar to how the yeshiva was in Lubavitch in the Old Country.

Many thousands of bochurim were molded in the halls of Brunoy, with the alumni boasting some of the finest rabbonim, shluchim and baaleibatim. The staff over the years – in both nigleh and Chassidus – is a long list of legendary names.

The menahel, Rabbi Yitzchak Nemanov, the son of the legendary Mashpia Reb Nissen Nemanov, A”H, welcomed the alumni warmly, some of whom already had grandchildren who are studying at the yeshiva. He thanked them for their support and stressed how important it was for the future generation of Lubavitch.