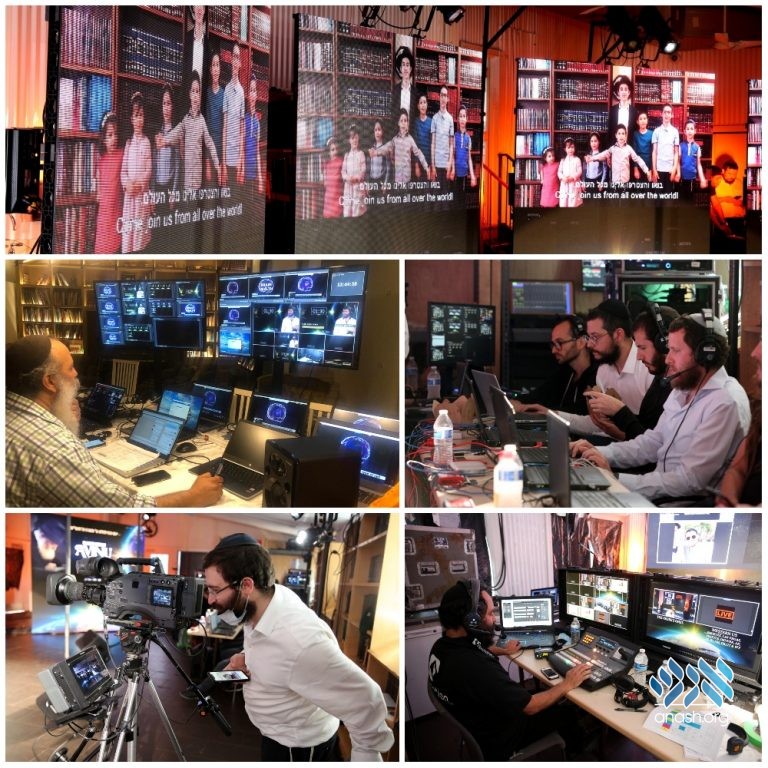 Recently discovered video footage of the Rebbe delivering a sicha will be presented for the first time on the Gimmel Tammuz broadcast on Wednesday, 2:30 PM Eastern Time.

Recently discovered video footage of the Rebbe delivering a sicha will be presented for the first time on the Gimmel Tammuz broadcast on Wednesday, 2:30 PM Eastern Time.

The broadcast will be bringing together Chabad communities from around the world for a special moment of hiskashrus to the Rebbe, marking the yartzeit hilula.

Individuals and families will be logging onto their community and regional Zoom room and will then be connected to the grand, global online event streamed live from the Rebbe’s Ohel.

An exciting presentation during the event will be the airing of archival video from 13 Shevat 5744 (1984) of the Rebbe delivering a sicha during a Yechidus for the guests that were at 770 Eastern Parkway for Yud Shvat.

Until now, only the text and the audio of this sicha was available to the public until the staff at the JEM organization recently came across video as well. A precious segment of the video will be shown to the viewers, alongside rare photos of the Rebbe.

“The Rebbe speaks about the merit of being near a Rebbe and how one remains connected to the Rebbe even while being physically distance,” said an organizer from Vaad Or Vechom Hahiskashrus.

The live stream is being coordinated from control centers both at the Rebbe’s Ohel in Queens and in Israel and produced by acclaimed event producer Ronen Peled and the Aranen company.

The hour-long program will include special guest speakers and the live reading of a ‘Pan’ letter at the Rebbe’s Ohel.

Chabad niggunim will be led by Chazzan Berel Zucker, who recently lost his wife Raizel a”h. He will be accompanied by an acapella choir of the Rabin brothers in addition to the renowned ‘Pansaim’ choir.

To join your local Zoom room and to add your name to the letter to the Rebbe, visit BarcheinuAvinu.com