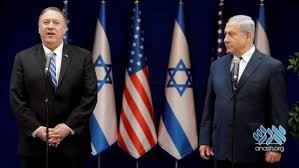 In a historic reversal of foreign policy, the Trump administration announced that it does not consider Israeli West Bank settlements to be illegal.

In doing so, the administration distanced itself from the 1978 State Department opinion, known as the Hansell Memorandum, that held the settlements were “inconsistent with international law.”

Under the Obama administration, the United States allowed the U.N. Security Council to pass a resolution declaring the settlements a flagrant violation of international law. Now, Secretary of State Mike Pompeo has made an official statement softening the U.S. position on the matter.

“Calling the establishment of civilian settlements inconsistent with international law has not advanced the cause of peace,” Pompeo said. “The hard truth is that there will never be a judicial resolution to the conflict, and arguments about who is right and who is wrong as a matter of international law will not bring peace.”

Key players have been working on this policy change for weeks; today, the announcement was finally made.

“This policy reflects a historical truth – that the Jewish people are not foreign colonialists in Judea and Samaria,” said Israeli Prime Minister Benjamin Netanyahu. ” In fact, we are called Jews because we are the people of Judea.”

“Israel remains ready and willing to conduct peace negotiations with the Palestinians regarding all final status issues in an effort to achieve a durable peace but will continue to reject all arguments regarding the illegality of the settlements,” Netanyahu said.