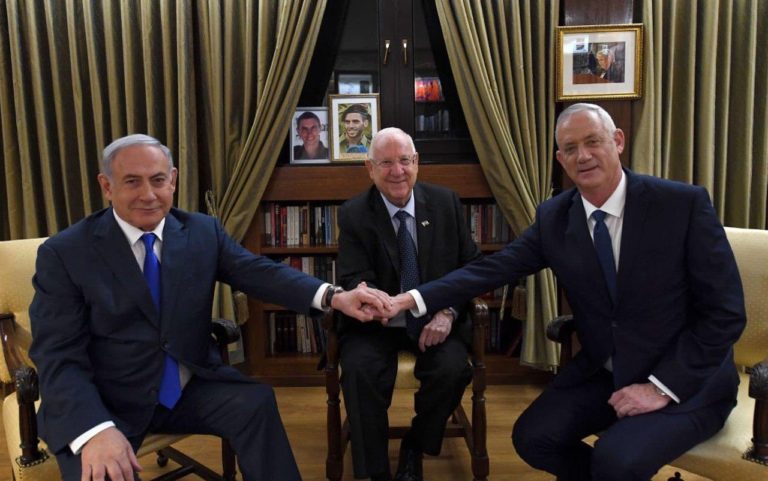 Rivlin met with the heads of all parties in the Knesset, with the meetings finishing Tuesday. Those meetings resulted in a total of 55 MKs recommending Netanyahu for the job, compared to 44 for Blue and White’s Benny Gantz.

The president met with Gantz and Netanyahu on Monday and asked them to work on building a unity government – and on Tuesday, officials of both parties met to work out the details. But given the lack of progress between the parties, the President has decided to get the government formation process under way by appointing Netanyahu for the job.

Netanyahu will have 28 days to build a coalition and if is unsuccessful may ask for additional time. It is the president’s prerogative to grant an extension or not.

Likud is now leading a technical bloc of 55 Knesset members made up of the right-wing and chareidi partners in the outgoing coalition.

The additional seat for Likud came from the United Torah Judaism Party which has dropped from eight to seven seats.

It remains extremely difficult to see how any side will receive the necessary votes for a coalition to be formed.