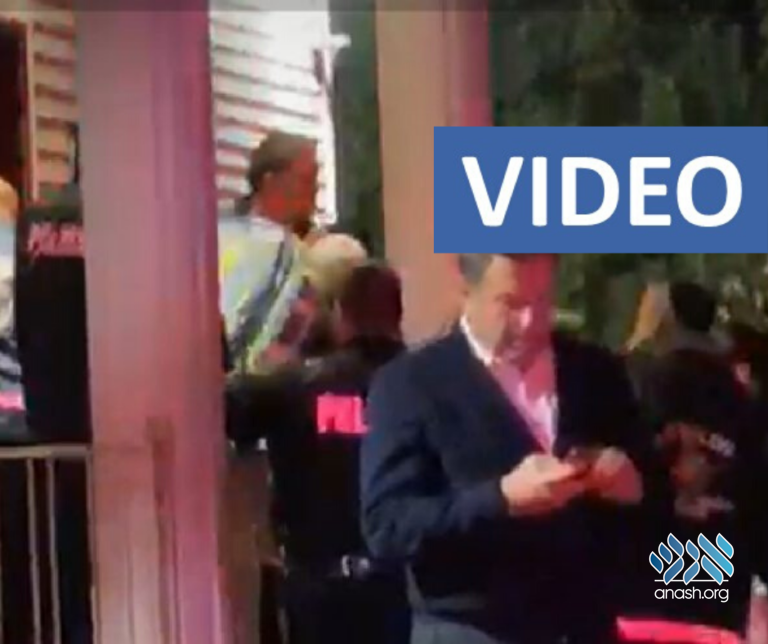 Multiple people were stabbed by Motzei Shabbos in a Shul in Monsey, NY by a black male wielding a machete. Update: NYPD confirms the suspect is in custody.

Multiple people were stabbed Motzei Shabbos at the residence of the Kossoner Rebbe, Rav Chaim Leibush Rottenberg, on Forshay Road in Monsey, NY.

According to reports, a say that a masked African-American man drove up to the rebbe‘s home in a silver car as the rebbe finished lighting neiros Chanukah. The man pulled out a machete knife and began stabbing people who were leaving the rebbe‘s house to go next door to a melava malka at the shul. Four men were stabbed. One of the victims was stabbed in the chest.

The man tried entering the rebbe‘s home, but was stopped when someone threw a small table at the attacker, forcing him back outside.

The attacker then tried entering the shul, but was stopped because the door was locked.

The perpetrator then ran out and escaped in a Nissan Sentra. His plates were spotted before he left, and the police are currently searching for him. The plate numbers is HPT 5747. The vehicle has been identified to have passed over the George Washington Bridge into NYC at 11:02PM.

Police have reportedly tracked the vehicle to an address located in Greewood Lake. Police have also tracked down the father of the suspect and are currently interviewing him.

Update 12:03 am
NYPD has confirmed that the suspect has been taken into custody, after he fled the scene and was apprehended in the Bronx.

Update 5:45 am
Investigators cordoned off the large home on Forshay Road yellow crime scene tape as of 3 a.m. Onlookers gathered nearby and watched as officers collected evidence and worked to determine what occurred hours earlier. A number of police and emergency vehicles also remained at the scene.