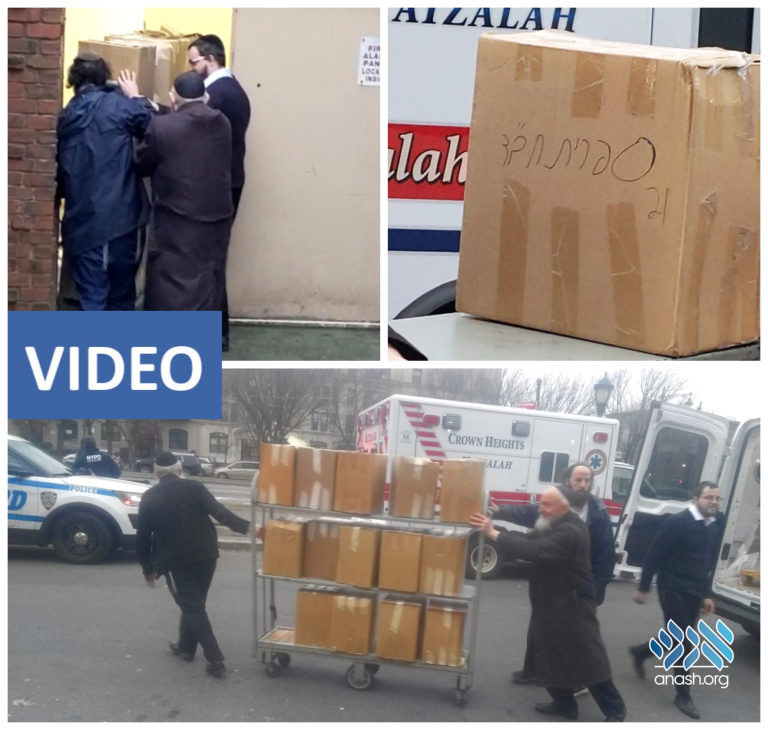 In a somewhat mysterious scene, a van pulled up by the Central Chabad Library on Tuesday and unloaded boxes of Seforim, triggering the curiosity of many bystanders.  What was inside those boxes?

In a somewhat mysterious scene, a van pulled up by the Central Chabad Library on Tuesday and unloaded boxes of seforim, which were brought into the library by librarian Rabbi Sholom Ber Levin.

The unusual scene left many curious about what was happening, and rumors started spreading. Some speculated that perhaps these were the long-awaited seforim that have been held captive in Russia for decades. Others guessed that a large donor had decided to contribute a large collection to the Rebbe’s library.

In a conversation with Anash.org, 770 Shamash Rabbi Yosef Yitzchak Kratz related what the true story was.

“Kehos in Eretz Yisroel sends every sefer they print to the Rebbe’s library, as the Rebbe requested numerous times,” Rabbi Kratz said, “the boxes delivered today were simply a shipment of all the seforim printed over the past few months. They were sent all at once, instead of individually as was done until now.”

Although this lays the exciting theories to rest, the scene stands as a good reminder to send every printed sefer and kovetz to the library, fulfilling the Rebbe’s oft-mentioned request.