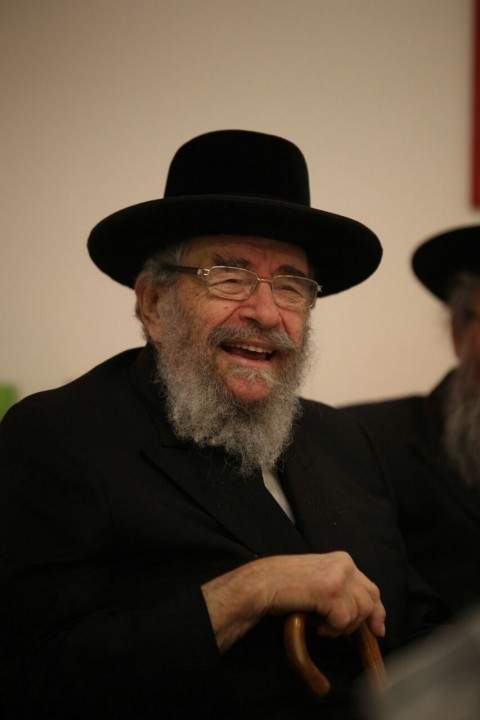 The Chief Rov of Bnei Brak passed away Motzoei Shabbos after a short illness, at the age of 83.

Harav Moshe Yehuda Leib Landa was born to his father Harav Yakov Landa, the previous Rov of Bnei Brak, on 9 Tamuz, 5695/1935. In his youth, he studied at the Ponovizher and later transferred to the Yeshivas Tomchei Tmimim in Lod, under the guidance of the Reb Shlomo Chaim Kesselman.

After marrying his Rebbetzin, zol zein gezunt, Rav Landa was appointed a Rosh Yeshiva in the yeshiva in Kfar Chabad, at the same time standing to his father’s side in communal matters in Bnei Brak.

After his father’s passing in 5746/1986 Rav Landa was appointed of Bnei Brak, filling his father’s position and fulfilling his will that his son him. The Rov himself was unsure that he was worthy of taking his father’s place, but the Rebbe strongly encouraged him, saying that “in beis din it has been decided that he’ll be the Rov of an , and he has doubts about it?”

He had been hospitalized for the last few weeks in Laniado Hospital in and passed away there on Motzoei Shabbos. The took place in Netanya on Motzoei Shabbos on the way to Bnei Brak, where a large is planned for tomorrow, Sunday.

He is survived by his Rebbetzin, may she be well, and his brother Rav Eli Landa, Rosh Yeshiva in Kfar Chabad, and by several sons and daughters, all of them Rabbonim and Shluchim.

He was predeceased by his sister Rebbetzin Gita Kroll.