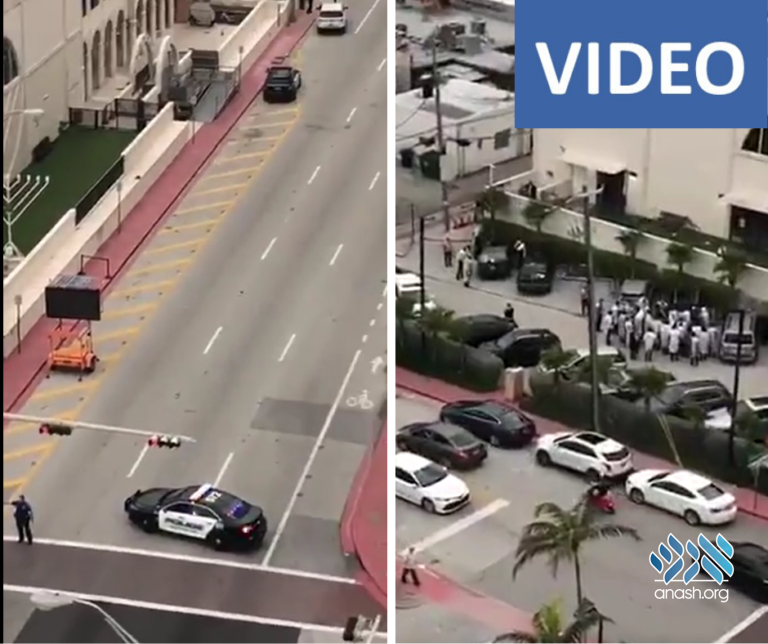 A bomb scare caused the evacuation of ‘The Shul’ of Bal Harbour, Florida while mispalelim were in the middle of Rosh Chodesh davening.

Bomb squads were seen arriving at The Shul as the minyanim continued outside on the street.

The Shul of Bal Harbour is led by Rabbi Sholom Ber Lipskar and his son Rabbi Zalman Lipskar. The Shul has undergone tremendous growth over the past few years, it boasts over 9 daily minyanim and dozens of regular programs for its members.

Recently, The Shul has undertaken another major expansion project to add a new and larger Pre-School, new Youth lounge and study areas, and a new Sephardic Shul for its growing Sefardic Minyan.