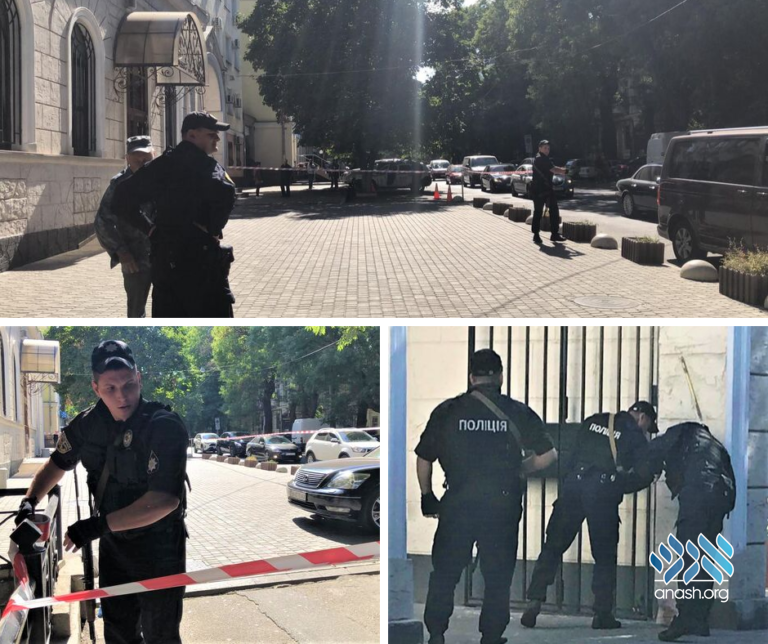 Two bombs were found buried at the Beis Chabad in Odessa, Ukraine. Police immediately closed off the area and evacuated the crowd from the shul building and the nearby street section.

After about an hour of intense activity, the Police announced to a worried crowd, that it was in fact just a security exercise in preparation for the upcoming yomim tovim.