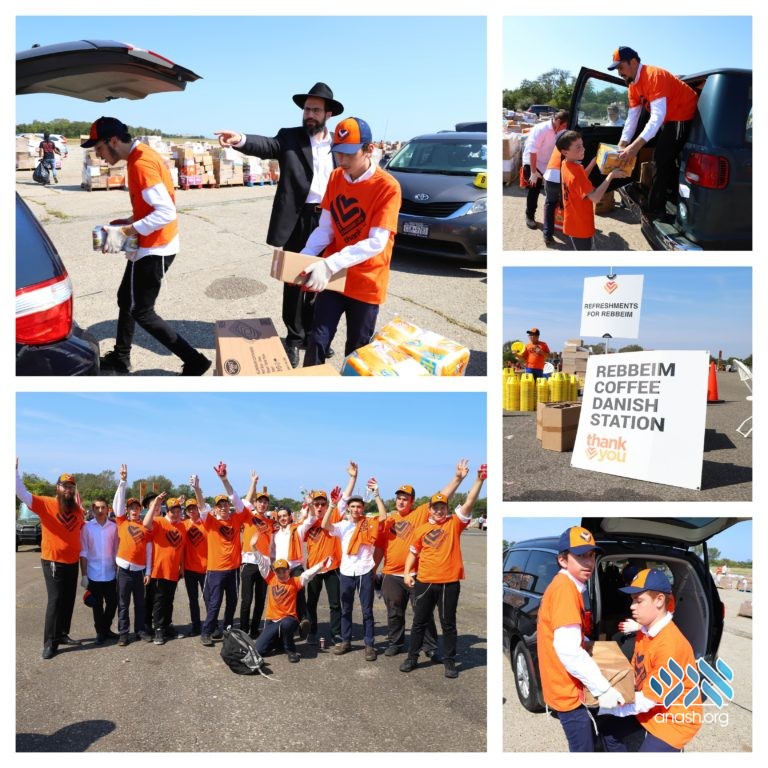 Teachers are the backbone of chinuch; that’s why, when we want to impact our children’s chinuch for the better, our first line of defense is to strengthen the mechanchim. Your child’s teacher serves as one of the most influential role models in his or her development, and it is no exaggeration to say that a good teacher can change a student’s life.​

In light of this, Igud Hamelamdim has made it their mission to support, inspire and empower our mechanchim, giving them all the tools they need to optimize their influence. An inspired teacher produces inspired students; similarly a cared for teacher will be able to optimally care for his students.

Thousands of teachers were showered with appreciation as they rolled in to the parking lot of the Aviator Sports Complex in Brooklyn to pick up their Chasdei Lev orders.

Among them were over 150 teachers from Crown Heights schools who participated, thanks to the efforts of Igud Hamelamdim.

On Friday morning, Chasdei Lev reached out to Igud Hamelamdim saying that there was a shortage of volunteers, and could use some help. Without hesitation, the Crown Heights teachers’ organization got to work finding a yeshiva who would step up to the task.

Mesivta Darchei Menachem eagerly agreed, leaving organizers with the next task: arranging a bus. As it happens, all bus drivers in the area were called to a meeting at exactly that time, making the possibility of hiring a driver seem frustratingly slim. Undeterred, they continued to search high and low, until they finally located a bus and driver to transport them on this special mission.

As he pulled into the lot, each teacher was handed a gift and his order was loaded into his car without him lifting a finger. Adults and children from across Brooklyn came out to volunteer and display their admiration for their community leaders.

“Bringing the children to volunteer is in itself a major chinuch experience,” said Rabbi Avrohom Bluming, director of Igud Hamelamdim. “The students get to actively show appreciation to those who give all of themselves to their precious students.”

Rabbi Bluming bussed in a group of 20 bochurim from Mesivta Darchei Menachem to help things run smoothly. They did a wonderful job, working throughout with chayus and zest!

“It really brought out the best in them and made them feel great,” said principal Rabbi Dovid Marozov, who came out with the bochurim. “Thanks for giving us the opportunity! We’re booking for Pesach as well.”