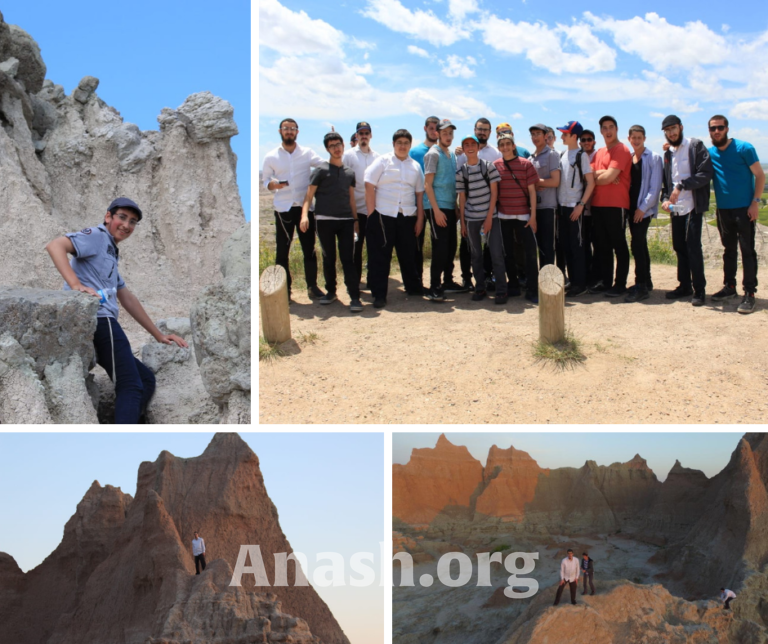 During the past year, Yeshivas Beis Shalom of Postville, Iowa launched an extracurricular learning campaign aimed at encouraging bochurim to utilize their free time efficiently. Each week, the bochurim would write, from memory, a summary of a Kli Yakar and a sicha on the Parsha which they had learned during their breaks.

The campaign, which was initiated in loving memory of Rabbi Yosef Yitzchak Gurari ע”ה of Postville, helped the bochurim become more accustomed to learning meforshim and sichos on their own.

“On a regular Shabbos, Yossi Gurari would often come over to me to share a vort from Kli Yakar,” said Rabbi Gavriel Levin, who spearheaded the project. He added that writing is such an important tool in chinuch. “It teaches one how to summarize a topic they have learned, and enables them to remember it clearly.”

Over the course of the year, the talmidim were treated to refreshing excursions both as as a reward for their participation, and as an incentive to continue.

Rabbi Gurari was always awed by the splendid beauty of raw nature, Hashem’s gift to His creations. At the end of a full year of investing in this mivtza, participants embarked on a three day journey to the Badlands National Park in Southwestern South Dakota.

The breathtaking view of the naturally vibrant, colored canyons, coupled with enthralling layered rock formations provided a perfect backdrop for the talmidim to reflect on all they had gained. During their trip, they also visited the iconic Mount Rushmore National Memorial was also visited by the group of learned bochurim.

Their enthusiasm for learning now ignited, the bochurim soon took on another project. The bochurim were now encouraged to learn 60 simanim of Kitzur Shulchan Aruch. Following a period of rigorous study and testing, two teams of bochurim participated in a competition on the material they had learned. The winning team was treated to a special trip and barbecue, but all bochurim who had completed the quota of learning received valuable prizes.

The yeshiva is truly grateful to Mr. Aron Goldsmith for donating time and money to enable this mivtza and ensure its success.