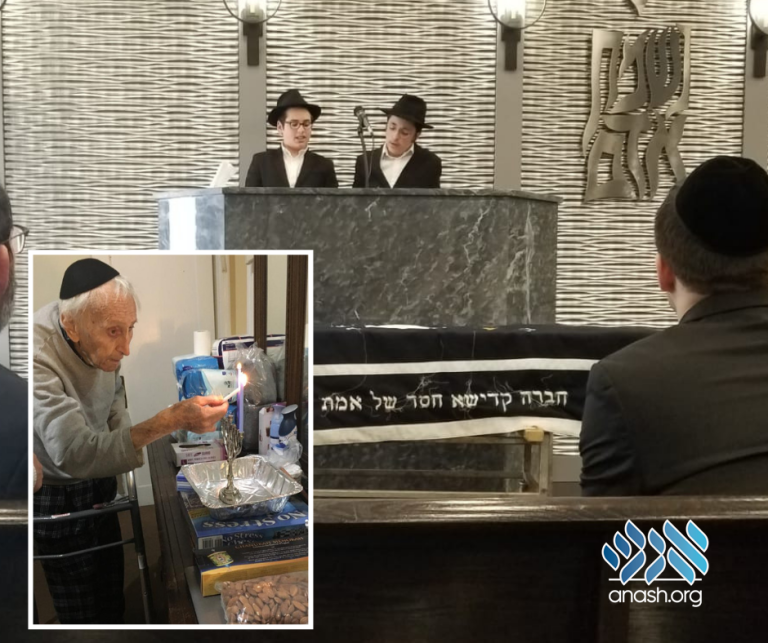 Eddie Noeh, a Holocaust survivor who moved to Crown Heights just over a year ago, passed away last week at age 94. Thanks to a pair of bochurim, the Chevra Kadisha were informed of his Yiddishe name.

Rabbi Zalman Duchman of Chabad of Roosevelt Island, got to know him when he was informed by Bikkur Cholim of Boro Park that Eddie had moved to Crown Heights and was now living on Eastern Parkway. In conversation with Anash.org, Duchman related that his son, Mendel, together with his friend Mendel Markel, took upon themselves to visit the elderly man every day during their lunch break. They were rewarded with rich stories and history that Mr. Noeh shared with them.

Other members of Anash also assisted Mr. Noeh by bringing him meals and other necessities.

Because he lived most of his life in Venezuela, Mr. Noeh did not have any family nearby to tend to him after his passing, and was buried as a meis mitzvah by the Chevra Kadisha of Crown Heights.

Thanks to the bochurim who tirelessly visited him every day, the Chevra Kadisha was able to uncover Mr. Noeh’s full Jewish name. Mendel Duchman and Mendel Markel remembered one time, during the many hours they had spent with him, that he had told them that his name was Yehuda Tzvi.

The bochurim were present at the levaya, which was attended by members of Anash and the Bikur Cholim society.