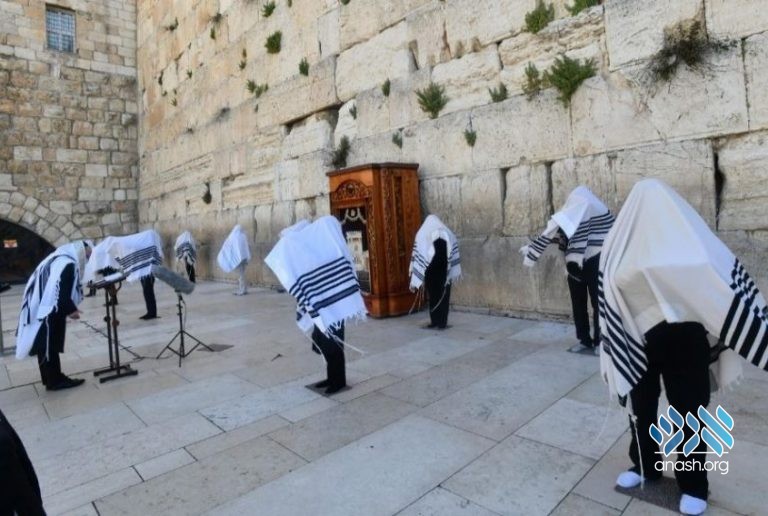 Ask the Rov: I can’t attend shul for birkas kohanim. Do I still get the brachos?

The mitzva of Birkas Kohanim includes both the kohanim and the congregation who listen attentively to their brachos. Missing even one word, detracts from the mitzva or misses it completely according to many. It is important to answer amen, even in the middle of birchos krias shema. The tefila for dreams should only be recited while the kohanim sing the tune before each of the last three words, but not while they say the words when one must listen silently.

To avoid getting distracted by the congregation, the kohanim should look downwards, while beseeching Hashem to bless the Jewish people. The congregation should not look at the kohanim, and certainly not anywhere else. To minimize distraction, the minhag developed for the kohanim and the congregation to cover their faces (and hands) with a tallis, and for those who don’t have a tallis to close their eyes.

The obligation of chinuch does not require bringing children of age to birkas kohanim, as it involves the participation of others (younger children are certainly not obligated). However, children who are in shul should certainly attend both for the sake of chinuch and to receive the brachos in the optimal fashion. Many have a custom to take their unmarried sons under their tallis during the blessing. (The Alter Rebbe did so for his young grandson, the Tzemach Tzedek, for whom he had accepted parental responsibility.) One should ensure, however, that this custom should not disturb one’s focus on the brachos, which is essential.

To be included in the brachos, one must stand in front of the kohanim, or directly to their side, and face towards them (children under the talis should also face forward). One may even be in another room or outside of the building, since “a wall of iron cannot separate between them.” One may not, however, stand behind them even slightly (e.g. on the side of the Aron Kodesh when they are standing in front of it). When the kohanim say the word yevarechecha, the listener should tilt his head forward while still facing the kohanim; when they say Hashem’s name, he tilts his head to the right; at veyishmerecha he tilts forward; at ya’er he tilts left, and so forth.

One who could come to receive the brachos face-to-face as ordained by the Torah and chooses not to, shows that he doesn’t view the brachos as important and is therefore not blessed. However, those who are unable to attend shul for whatever reason are included in the brachos, even if they are behind the kohanim.