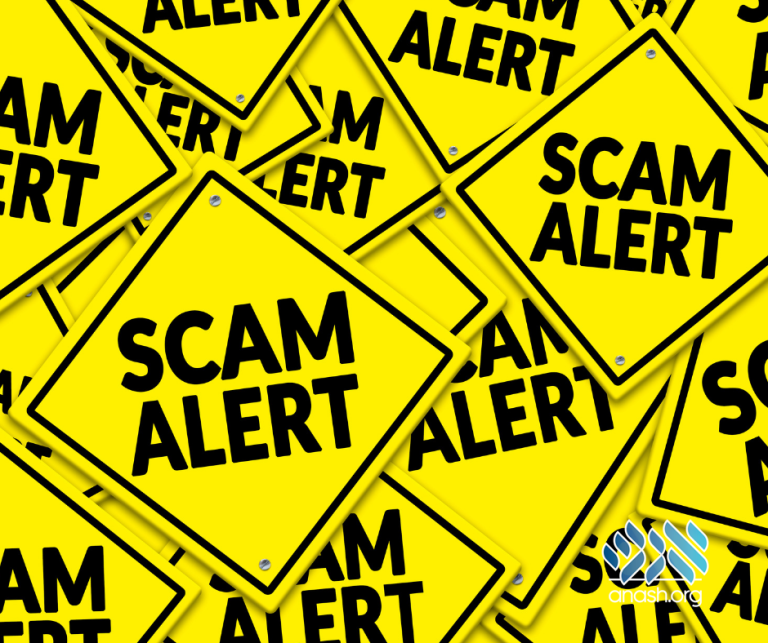 Recent reports have been circulating of cold-callers who appear to be fundraising for tzedaka, but are actually stealing information.

A member of an anash community recently took to social media to warn her friends and family about a phone call she received. “The caller said they were raising money for Chabad of France, due to recent terrorist attacks… any amount you give will be doubled…. they said all the correct things that we would expect to hear during a Chabad fundraising call.”

The caller went on to ask for her credit card info, and whether she would like to make a one time donation or a monthly pledge- all par for the course when it comes to fundraising. It was only after she hung up that the woman realized that something was seriously wrong: she had never been asked how much she would like to give.

Upon further reflection, she realized that other, more subtle things were amiss. “She didn’t sound Jewish…. she never said thank you, nor did she offer brachos at the end [as most callers do].”

Upon the advice of a friend, the victim cancelled the card. When checking her credit history, she discovered that immediately following the phone call, someone had spent over $700 at a Barcelona hotel.

Since then we have heard reports from others who have received similar calls.

Many legitimate tzedaka organizations utilize cold-calling practices to raise money, especially during crowd funding campaigns. Giving to these campaigns is an important mitzva, and one that no one need shy away from. However, giving credit card information over the phone without being completely sure of whom you are speaking to is not a safe practice. If you are unfamiliar with the organization or the specific caller, ask for a secure website through which you can make your donation.

Update: Anash.org has been informed that Chabad of France is running a legitimate campaign today through the Lishka office. You can safely donate to their worthy cause by clicking here.