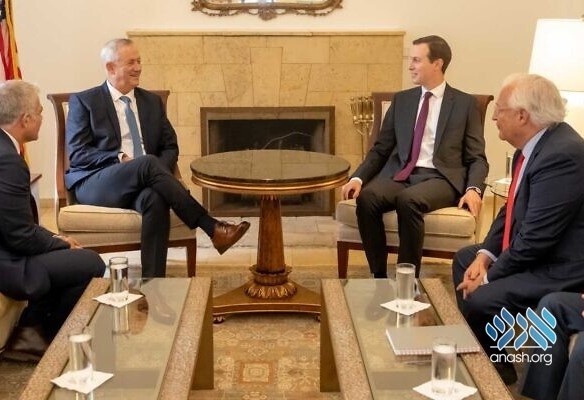 Leader of Israel’s Blue and White party Benny Gantz said on Tuesday that he will seek to annex the Jordan Valley if elected prime minister, but would do so after the upcoming election and only in coordination with the international community.

Speaking during a tour of the region, Gantz described the Jordan Valley, which lies at the “eastern edge of the West Bank, as the State of Israel’s eastern defensive wall in any future scenario,” and said it was “an inseparable part of the State of Israel.”

“Governments that previously discussed returning” the Jordan Valley “made a serious security strategic mistake,” former military chief Gantz said during a tour of the area, according to a spokesman for his centrist Blue and White bloc. Under his leadership, Israel would annex the territory “through an agreed-upon national process and in coordination with the international community.”

Continued Gantz, “After the elections, we will work to apply [Israeli] sovereignty on the Jordan Valley. We will do this in a nationally agreed process and in coordination with the international community.”
The Blue and White leader said that until the region can be annexed, he would work to develop the Jordan Valley region, including its infrastructure and agriculture, its settlements and its tourism industry.”

Prime Minister Benjamin Netanyahu, who previously has called for annexation of the Jordan Valley, responded immediately to Gantz, his rival for the prime minister post.

“Why wait until after the election if we can apply sovereignty over the Jordan Valley right now with broad consensus in the Knesset?” Netanyahu tweeted.