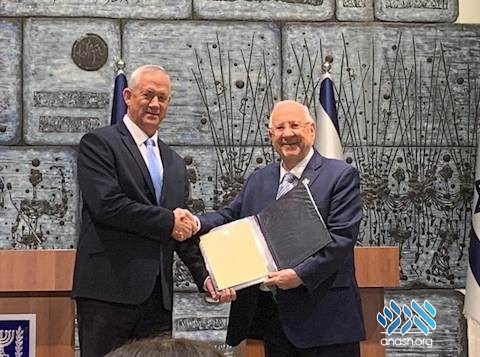 Following the failure of Prime Minister Binyamin Netanyahu to form a coalition after the recent election, President Ruvi Rivlin asked leader of the Blue and White party Benny Gantz to form the next government.

If he is unable to form a governing coalition in the next 28 days, Israelis will go back to the polls for its third election in one year.