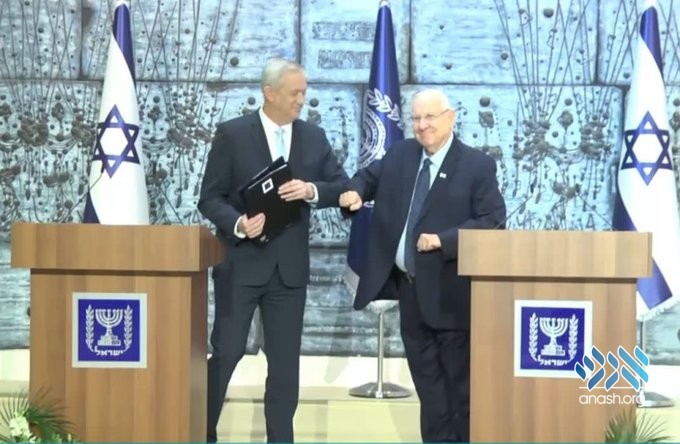 The announcement follows Rivlin’s meetings with heads of the Knesset political parties Sunday.

The Blue and White chairman received the backing of the Joint Arab List, Labor-Meretz, and Yisrael Beytenu. The Joint Arab List is not expected to agree to join any coalition, but it may support a minority government from the outside.