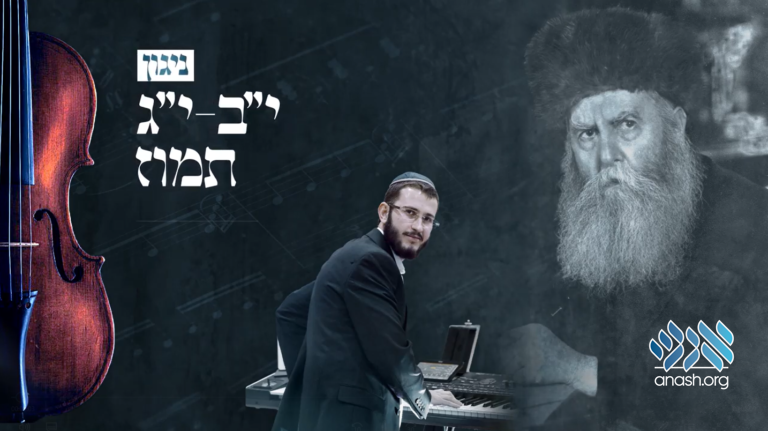 In honor of the upcoming Yom-Tov Yud-Beis Tammuz, we present a beautiful high-quality rendition of the Yud-Beis Tammuz Nigun, produced by Israeli Keyboard player Yitzhak Leibashevsky. He is accompanied by his mother the violinist Yehudis Leibashevsky.

This famous Chosid and Baal Menagen Reb Aharon Charitonov, the Shochet of Nikolayev, composed a Niggun to celebrate the release of the Frierdiker Rebbe from Soviet prison in 1927, after his arrest for spreading Torah and Yiddishkeit.

It is known that he composed this Niggun even before the Rebbe was freed, so firmly did he believe that the Rebbe would soon be released. The joy expressed here does not burst forth freely from the heart but is rather borne by deep-felt trust in the ultimate good of hashgacha pratis, even in the face of unimaginable adversity.