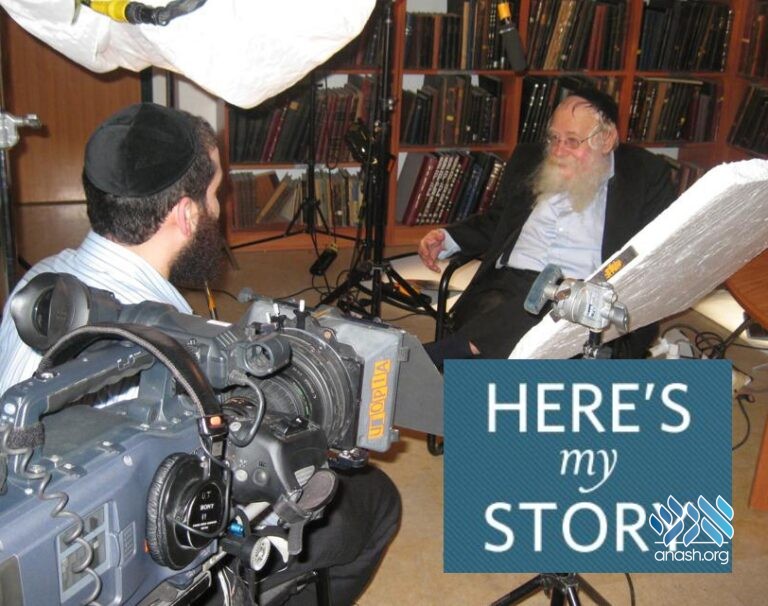 Rabbi Adin Even-Yisrael (Steinsaltz) shares the Rebbe’s simple solution to one of his early challenges and some of the Rebbe’s guidance in his own life’s work.

Editor’s Note: Rabbi Adin Even -Yisrael Steinsaltz, of whom the Rebbe wrote, in 1970, “I found in him far greater capabilities than were told to me, written to me, and described to me,” passed away last week. He had a unique relationship with, and perspectives on, the Rebbe which he described in two JEM interviews — excerpts of which will be presented on this week’s Living Torah at 70years.com. Here we share several stories he recounted of his interactions with the Rebbe.

When I began translating the Babylonian Talmud from Aramaic into modern Hebrew, one of the basic decisions I had to make was the format of the Gemara.

The problem I faced was that, when I added commentary to the translation, the pages became too long to publish with the traditional pagination. Back in 1965 when I first started doing this, the printing options were very limited, so I was struggling to find the right format.

It was the Rebbe who gave me the advice to keep the pages as they are but to cut them in two. And this was most helpful to me because I had an answer from a respected authority and I didn’t have to worry about it anymore. Although I was the subject of some criticism for changing the traditional format of the Talmud, I wasn’t bothered since I knew that the Rebbe supported this choice.

As I completed each volume, I sent it to the Rebbe, but I didn’t want to bother him with everything. I didn’t agree with those who thought that they could exhaust the Rebbe with all manner of minutiae. Maybe I was wrong, but I thought that burdening the Rebbe with small matters was simply unfair. It bordered on violating the commandment to “love your fellow Jew as yourself.”

But the Rebbe didn’t see it that way. From time to time, when an article of mine appeared somewhere, he would send a note with an implied complaint: “It is strange that you have written something and you didn’t send it to me.”

On one occasion, I did send the Rebbe a little book I wrote about the men in the Tanach, the Hebrew Bible, which was published by the Israeli army. The Rebbe thanked me for sending it to him and remarked that the picture of Moses on the cover depicted him holding the Tablets of the Ten Commandments with rounded tops, when they should be square. So I had to apologize and explain that nobody had asked me, and they just reproduced an old picture they found. But I was pleased to see that he critiqued the cover and not the contents, as I knew that he would not have hesitated to state his opinion.

On another occasion, I received an offer to write a column for a magazine with a significant secular readership. And I asked the Rebbe: “What can I tell these people? If I write about mitzvot and the need to keep the Torah, who will even pay attention? Certainly, my words won’t change anything. So maybe I shouldn’t even accept this offer.”

The Rebbe’s answer to me was that nobody is exempt from keeping the mitzvot of the Torah. Even Yerovoam ben Nevat — who was responsible for splitting Israel into two nations and who erected idols to divert Jews from coming to Jerusalem — will have to give account, not just for the great transgressions he committed, but for small mitzvot he failed to keep.

I understood that it was my responsibility to use this venue to encourage people — even those who were estranged from their faith — to grow in their observance of mitzvot. It is important for all Jews, regardless of who they are, to keep the commandments of the Torah.

Often, the Rebbe would encourage me to find my own path. On one occasion he was talking about the seven branches of the Temple Menorah — they were not copies of each other, he said; each had its own place and its own function, just as each of the Twelve Tribes of Israel had its own function. So I, too, had my mission in life and did not need to act like a carbon copy of someone else.

Once, I wrote to the Rebbe that I was just overwhelmed by work. I was involved in three major projects in addition to dozens of small ones, and although they were all important, it was simply too much for one person to manage. So I asked him to help me decide what to drop.

His answer was: “You should continue to do all these things and try to do even more things.” He made a similar point the last time I saw him on Shavuot of 1991 before he — who never stopped taking on additional responsibilities — suffered a stroke. He told me, “Vee lang m’ken, darf men arayn chapen — As long as you can,make the most of every opportunity.”

I took this to heart and I have often spoken about it. The metaphor I like to use comes from physics:

We assume there is only so much matter that can be squeezed into a box before the box reaches its limit. And this is true on one level. But if we apply additional pressure — not the usual amount of pressure but ten thousand or a hundred times as much — then the matter collapses and is rearranged. And, when that happens, there is almost no limit to how much more we can squeeze in. We see this phenomenon among the stars, where a stellar object of one centimeter has the weight of one ton. This is because all the vacant space has been squeezed out and what is left is pure matter.

That’s what the Rebbe wanted to do with people. He tried to drive others — just as he drove himself — to exceed the limitations of this world and reach the world of the stars.

He understood that it wasn’t easy. That’s why he quoted the words of Pirkei Avot, Ethics of the Fathers: “According to the pain is the reward.”

Rabbi Adin Even-Yisrael Steinsaltz (1937-2020) was a rabbi, philosopher, social critic and prolific author. Among his many works, the most famous is his monumental translation (with commentary) of the Babylonian Talmud from Aramaic into modern Hebrew, which has since been also published in English, French, Russian and Spanish. He is also the author of My Rebbe, published in 2014. He was interviewed in January of 2010 and May of 2014.