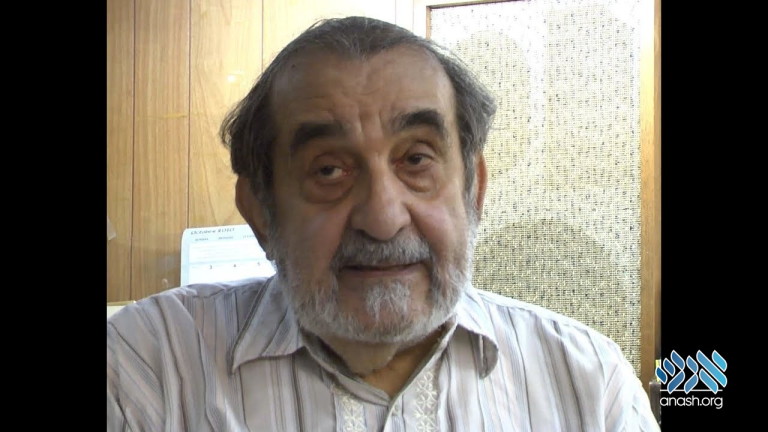 With sadness, we regret to inform you of the passing of author, composer and musical conductor – aka ethnomusicologist – Velvel Pasternak, a”h, who was active in recording and producing Lubavitch music.

Reb Velvel was the choral conductor of volume one of the Nichoach records and had many interesting anecdotes to tell about the production of that record. See video below. He later co-authored the book of Chabad melodies with R. Eli Lipskier, a”h.

He also conducted many other albums of chassidishe music, such as those of Bobov, Ger, and Modzitz. Despite not being of chassidic stock, his father had davened in the Modzitzer shtiebel in Poland before immigrating to Canada, where Velvel was born in 5693/1933.

He traveled to New York at the age of 16 to study in a Yeshiva High School, and later attended Yeshiva University; but instead of becoming a rabbi he decided to dedicate his life to music.

Velvel often spoke about the Modzitzer Rebbe’s visits to Canada and how his father would take him to hear the Modzitzer melodies and compositions. That familiarized him with the compositions and helped him later in life when he was hired to arrange the Modzitzer records in the 50s and 60s.

Velvel starting writing the notes to the music he was recording and conducting when he got requests from “out-of-town” non-Jewish bands playing at Jewish weddings.

His daughter Shira Pasternak Be’eri wrote in a Times of Israel blog piece:

Realizing that there was a need for books of Hasidic music with melody lines and chords, my father compiled an anthology entitled Songs of the Chassidim, but had trouble finding a publisher. To prove that there was a market, he sent out a pre-publication offer to a list of cantors and musicians. “Did you ever hear a piece of Jewish music and wish that someone would write it down?” he asked in his cover letter. The 300 advance orders that he received proved that there was interest in the book, which was published by Bloch Publishing in 1968.

And so began a long career of teaching music and publishing many, many books of the whole gamut of Jewish music, from cantorial to chassidic, from Ladino to Yiddish.