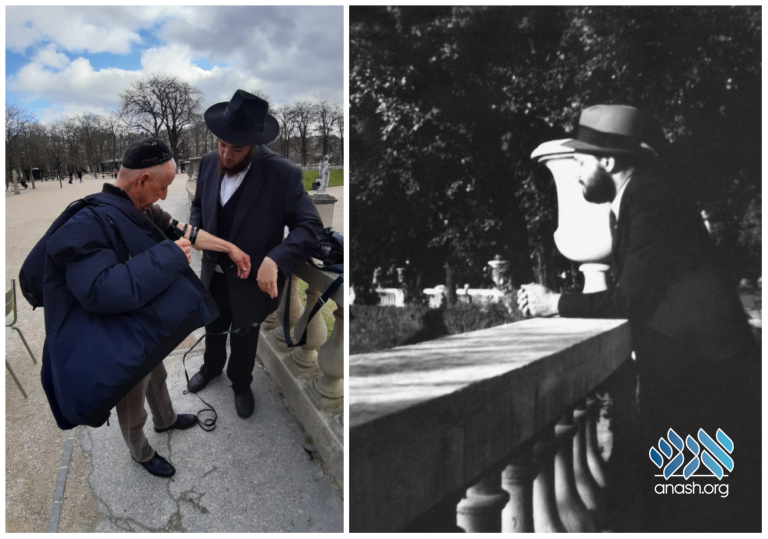 On a stopover in Paris, bochurim visited Luxembourg Gardens, the park that the Rebbe would often visit. While there, they celebrated a Bar Mitzvah with a Jew who had never put on tefillin before.

On a stopover in Paris, bochurim visited the Luxembourg Gardens, the park that the Rebbe would often visit during his years in Paris in the 5690s.

While in the garden, they met a Yid who had never in his life put on tefillin. The bochurim put tefillin on him and celebrated his Bar Mitzvah there in the park.

The Luxembourg Gardens (or Jardin du Luxembourg) is a famous garden located in the 6th arrondissement of Paris, France. It was built by the widow of one of France’s kings and is well-known lawns, tree-lined promenades, flowerbeds and fountains.

While living in Paris, the Rebbe would frequently visit the garden. On one of his visits, a photographer snapped a picture. The picture was only released in the past few years.