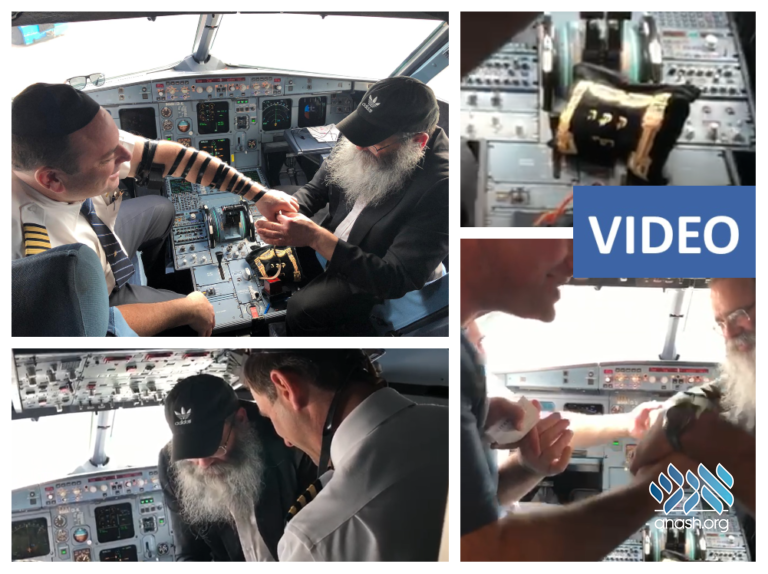 When Rabbi Kalman Weinfeld of OK Kosher thanked a pilot, he got ‘zei gezunt’  as a response. Those two words led to an impromptu Bar Mitzvah and celebration.

An ordinary trip to kasher a hotel took a surprise turn, that ended with what may have been the first Bar Mitzvah celebrated in a cockpit.

The rabbonim and mashgichim of OK Kosher are no strangers to travel. Their responsibilities frequently take them to factories around to world to ensure the kashrus of the products. Each trip is used as a catalyst to spread yiddishkeit in those far-flung areas.

Just today, Rabbi Kalman Weinfeld, head of the restaurant, hotel and catering division of OK Kosher, and Rabbi of Manhattan Beer, took a flight to The Bahamas to kasher a restaurant in the world-famous “Atlantis” hotel.

Hearing this, Rabbi Weinfeld excitedly informed him that they would be celebrating his Bar Mitzvah right there in the cockpit! The 44 co-polit was visibly emotional as he celebrated his Bar Mitzvah in the very cockpit he flies in every day.

Following the impromptu Bar Mitzvah, Rabbi Weinfeld broke into a dance with the pilot and co-pilot, singing and celebrating the clear hashgacha protis that had led to the moment. “I’m still overwhelmed,” Rabbi Weinfeld told Anash.org, “this is a story for the books.”

“Every Lubavitcher has to always keep this in mind,” Rabbi Weinfeld continued “No matter if he is on business, for work, or even on vacation, he always must know that he has a mission to spread yiddishkeit, and one never knows what he can accomplish in any place.”