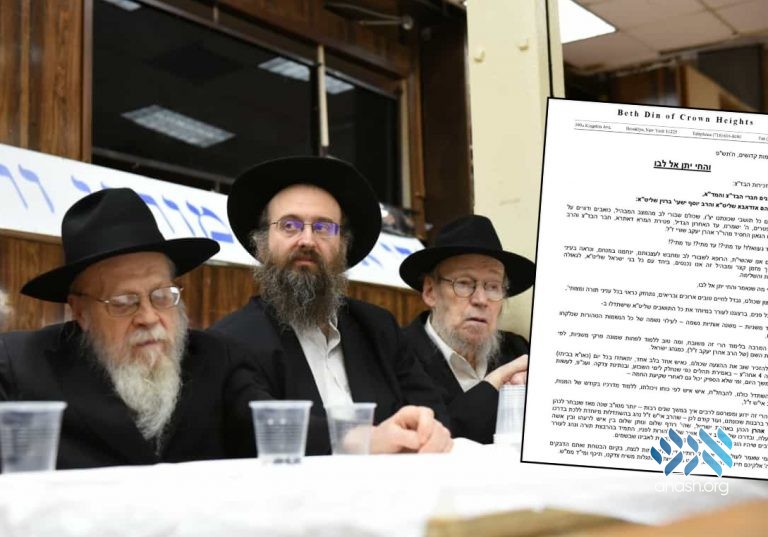 In a letter today, the remaining two Rabbonim of the Crown Heights Beis Din urge the community to continue Rabbi Schwei’s legacy and study Mishnayos with the letters of his name.

The Rabbonim of the Beis Din of Crown Heights, Harav Avrohom Osdoba and Harav Yosef Yeshaya Braun published a letter today encouraging the community to learn in Mishnayos in memory of all those that have passed away and specifically in memory of Harav Aharon Yaacov Schwei.

In addressing the theme of והחי יתן אל לבו, the Rabbonim pointed to the unique qualities of Rabbi Schwei, his dedication to the pursuit of peace and spreading Torah.

“It is well known, that for many years – the 17 years since he was elected to serve as Rov in our neighborhood, and even earlier – Rabbi Schwei used extraordinary effort to follow in the path of Aharon HaCohen of ahavas yisrael, to pursues peace and bring peace between people, and between husband and wife. And in the way of Yaakov Avinu who sent [Yehuda] ahead of him, he constantly spread Torah and encouraged others to study Torah, and through that brought people closer to Hashem.”

The Rabbobim go on to encourage all residents of the community to study Mishnayos in memory of all those who passed, and specifically to learn at least eight perakim according to the letters of the name Aharon Yaakov.

They asked the community to continue uniting each day at 4 pm with the recitation of Tehillim and the giving of tzedaka.