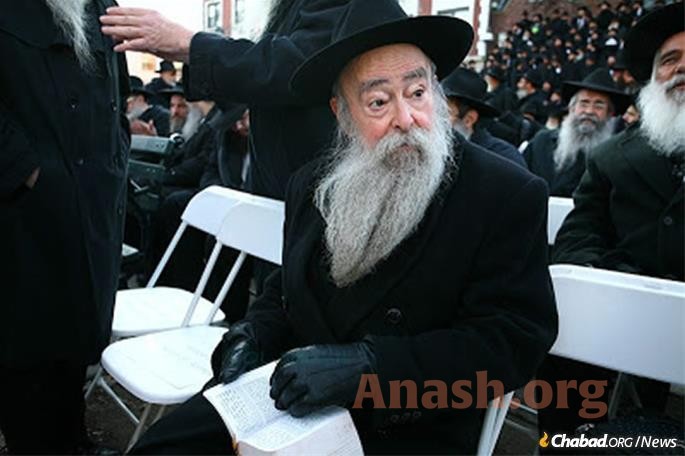 He never led a congregation and he spoke English with a thick Russian-Yiddish accent, but Rabbi Aharon Serebryanski, known to all as Reb Arel, left an outsized imprint on dozens of communities and thousands of hearts across the Australian continent and beyond.

Reb Arel, who passed away this week at the age of 86, was born in Kharkov, then part of the USSR, to Rabbi Zalman and Bracha Serebryanski, devoted Chassidim who were active in the Chabad underground network of Jewish institutions.

Along with his brother, Chaim, Arel studied Talmud and Chassidic teachings in the illegal Chabad schools in the country, notably the Holocaust-era yeshivah in Samarkand, which their father was instrumental in founding.

When the Iron Curtain cracked briefly open in 1946, the Serebryanski family escaped to the West, where the boys continued their studies in the ad hoc Chabad yeshivahs in the displaced persons (DP) camps in Pocking, Germany, and then in Brunoy, outside of Paris.

In 1949, the family was among a group of Chassidim dispatched by the sixth Rebbe—Rabbi Yosef Yitzchak Schneersohn, of righteous memory—to Australia, to bolster Jewish life down under. The Rebbe advised that the two Serebryanski boys, then teenagers, be brought along to form the nucleus of Australia’s first yeshivah. The family arrived just prior to Rosh Hashanah in 1949, and the yeshivah was founded with a total of three students in the farming community of Shepperton, then home to Moshe Feiglin, widely regarded as the father of Jewish life in Australia.

Later that year, the Sixth Rebbe passed away and was succeeded by his son-in-law, Rabbi Menachem M. Schneerson, of righteous memory. Throughout the tumultuous period, the Rebbe remained in contact with Serebryanski, guiding him and encouraging him in his studies.

Despite the young man’s desire to leave Australia for New York, where he would be among peers, the Rebbe encouraged him to remain in Australia, where he could have an impact on others. At the Rebbe’s advice, he devoted considerable portions of his day to learning with fellow students, even at the expense of his own advancement.

Despite the physical distance, the Rebbe provided him with detailed guidance on many areas, encouraging him to learn enough English to be able to communicate with his contemporaries, most of whom did not know Yiddish, and to do so in the minimum time necessary to have a conversation.

Beyond the walls of the yeshivah (which had subsequently relocated to Melbourne, where it still thrives), he organized summer camps and other programs for Jewish youth.

Following his marriage to Zlata Skolnik in the United States, he took up a position as an elementary-school Judaic-studies instructor at the Chabad school in the Bronx, where the couple lived for most of the 1960s.

They then relocated to Melbourne, where Reb Arel became representative in Australia of Merkos L’Inyonei Chinuch, the educational arm of Chabad-Lubavitch. He organized outreach efforts and disseminated Chabad literature. He also founded a gemach, a free loan fund for people in need of immediate relief.

Despite his old-world persona, Reb Arel was widely known and beloved by people of all walks of life, who appreciated his authenticity and unwavering devotion to Chassidic ideals.

“I was introduced to Reb Arel when I was a 27-year-old looking to explore Judaism,” recalls Robert Epstein, now a retired businessman in Melbourne. “Having observed him for 40 years, he was entirely consistent—always learning, always involved in furthering Judaism. Inside and outside, he was exactly the same.”

Epstein was among the many who enjoyed regular learning sessions with Reb Arel. Over the course of decades, they covered large swaths of Tanach, Tanya, Shulchan Aruch and many other Jewish works. Epstein attests that the rabbi was almost always to be found at his table, studying.

Reb Arel raised funds for, constructed and then oversaw a number of mikvahs across Australia, which facilitated Jewish life in places where it would have otherwise been impossible. Recently, Cheder Levi Yitzchok of Melbourne was founded under his guidance. He also oversaw the printing of a newly revised bilingual edition of Tanya.