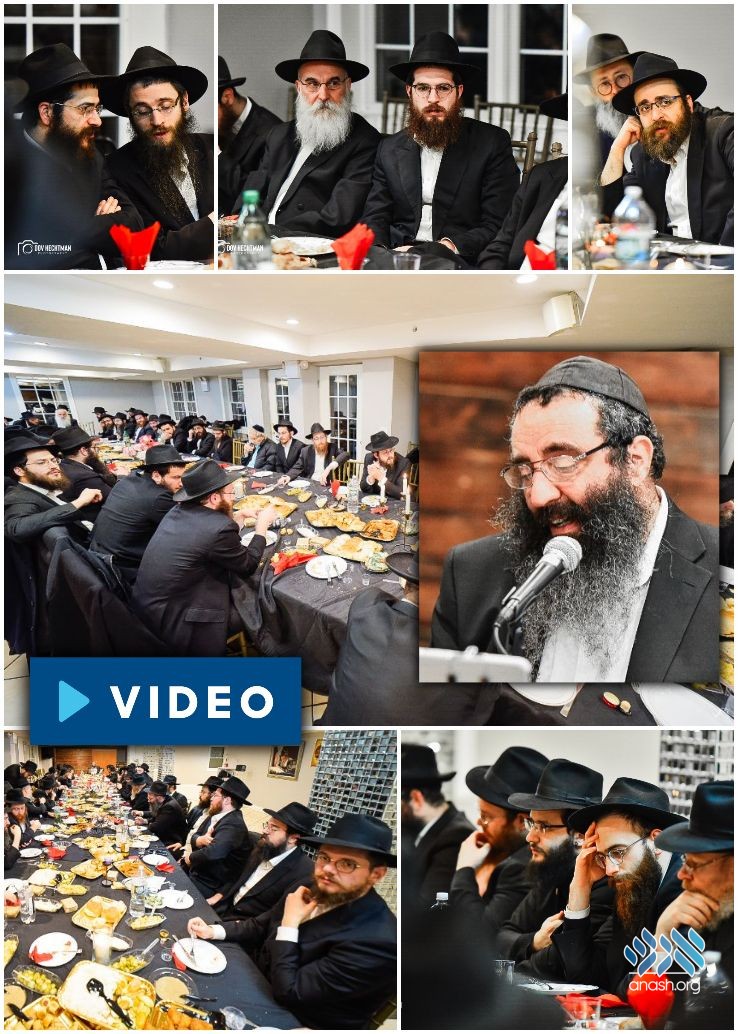 Close to 100 educators gathered in Crown Heights to hear inspiration and stories from veteran teacher Rabbi Yossi Gordon of Melbourne, Australia, at a farbrengen for mechanchim organized by Igud Hamelamdim.

Each year, on the Rosh Hashana for Chassidus, Crown Heights is blessed with an abundance of special farbrengens. But there is one farbrengen that earns special recognition: the annual Yud Tes Kislev farbrengen for mechanchim arranged by Chabad chinuch organization Igud Hamelamdim

This year, over 75 mechanchim, each a community influencer in their own circle, came together to reenergize their passion for chinuch with Chassidus and chassidishe values. At a fully catered seuda, the melamdim heard words of inspiration from Rabbi Yossi Gordon, a Mechanech in Melbourne, Australia, and Shliach to Tasmania.

Rabbi Gordon, who has been in chinuch for 40 years, enthralled the crowd by sharing insightful Chinuch stories and insights. “Never underestimate your influence on the students,” Rabbi Gordon impressed upon the mechanchim. “Devote yourself fully and Hashem will fill in.”

Melamdim walked away inspired, as one mechanech commented how meaningful it was to hear from a melamed who still teaches in a classroom.

Another mechanech, originally from Australia, noted how much it meant to hear it from someone who practices what he preaches. “I remember how when we wanted an extra shiur Tanya or Mishnayos he’d come at night on his own time to learn with us without any request for pay!”

“Though we host extensive courses and seminars throughout the year on the techniques of teaching, nothing compares to the impact of a farbrengen. That’s where the melamdim focus on their identity and mission as a chassidishe melamed. They sit together with fellow Lubavitcher melamdim, to hear and discuss what chassidishe chinuch is meant to be.”