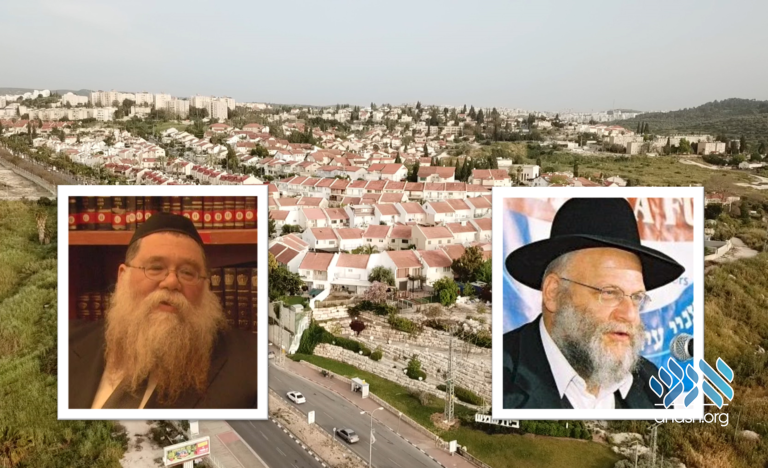 Last week, klal Yisrael lost a Torah giant. Rabbi Chaim Zev Malinowitz was a chief editor of the Artscroll Schottenstein shas, a posek and a dayan for worldwide Halachic cases. He was the Rav of the Beis Tfila Yona Avraham shul in Ramat Beit Shemesh Alef. His honesty and integrity, not allowing politics to interfere with his leadership was exemplarily.

And it is this “say it the way it is” attitude that he greeted Chabad and I.

In the summer of 5777/2017, one after Shabbos Mincha, I was in Ramat Beit Shemesh and asked him if I could speak for his congregation. He said sure.

He then introduced me by telling his congregants, “I was waiting for this day. I had three Torah teachers; the first was Rabbi Abba Berman zatzal … and the third was Rabbi Yoel Kahan of Chabad. I was waiting all these years for a Lubavitcher Chasid to ask me to speak in my shul. And when Rabbi Dalfin, a student of my rebbi, Reb Yoel approached me, I jumped at the opportunity.”

My eyes almost popped out!

He explained that in the early 1970s he attended Reb Yoel’s Tanya shiur in Monsey from 10-12 midnight! He was hooked. And although a Litvak, he saw Tanya’s importance in the greater Torah scholarship.

After Shabbos, he said he wanted me to teach a weekly Tanya shiur in his shul. I happily agreed and for one year until my return to New York, we had up to 10 bnei Torah and baalei battim attending the weekly Tanya class. If that wasn’t enough, he nudged me throughout the year asking for outlines so he can advertise it in his shul bulletin.

He was the first guest speaker in our Kollel Beit Shemesh and gave a most interesting lecture combining Halacha with Chassidus. My last correspondence with him was this past Tishrei when we exchanged Yom Tov greetings.

May his masim tovim and honesty be a merit for klal Yisroel, his family and the Ramat Beit Shemesh community.