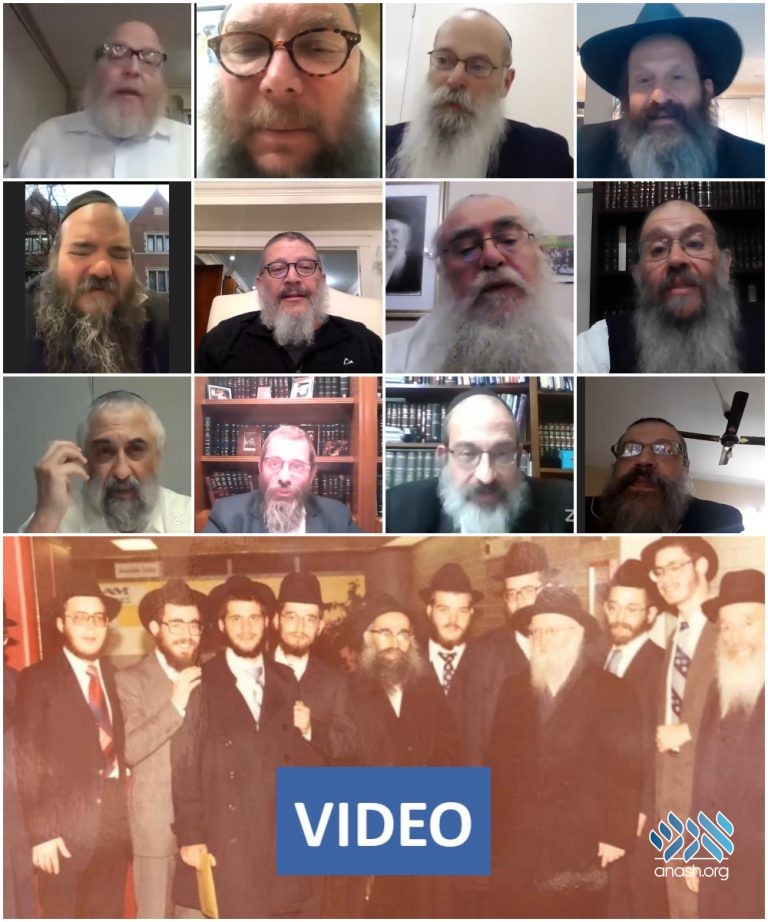 Watch: Members of the first group of Talmidim Shluchim sent 40 years ago to the yeshiva in Buenos Aires, Argentina, celebrated the milestone with an online Farbrengen.

During these difficult days when it has become impossible for us to meet face to face, the hisorerus that has happened by chassidim to farbreng with each other has grown exponentially.

Last week marked 40 years since the first kvutzah of Talmidim Hasluchim was sent to the newly established yeshiva in Buenos Aires, Argentina.

In honor of this special occasion, last Tuesday, a special zoom farbrengen was organized together with the kvutza from 5740, the head shliach, Rabbi Tzvi Grunblatt and the current mashpia in yeshiva, Reb Osher Farkash.

The shluchim relived those 2 years on shlichus and the many memories that came with. They spoke about how those memories and experiences have stuck with them and inspired them to continue their life-long mission as the Rebbe’s shluchim.

Many thanks go to the board of the yeshiva for recording this monumental farbrengen and sharing it with the masses.

Download the Sicha the Rebbe said to talmidim Shluchim.

AUDIO: The Rebbe’s Sicha to the Shluchim: