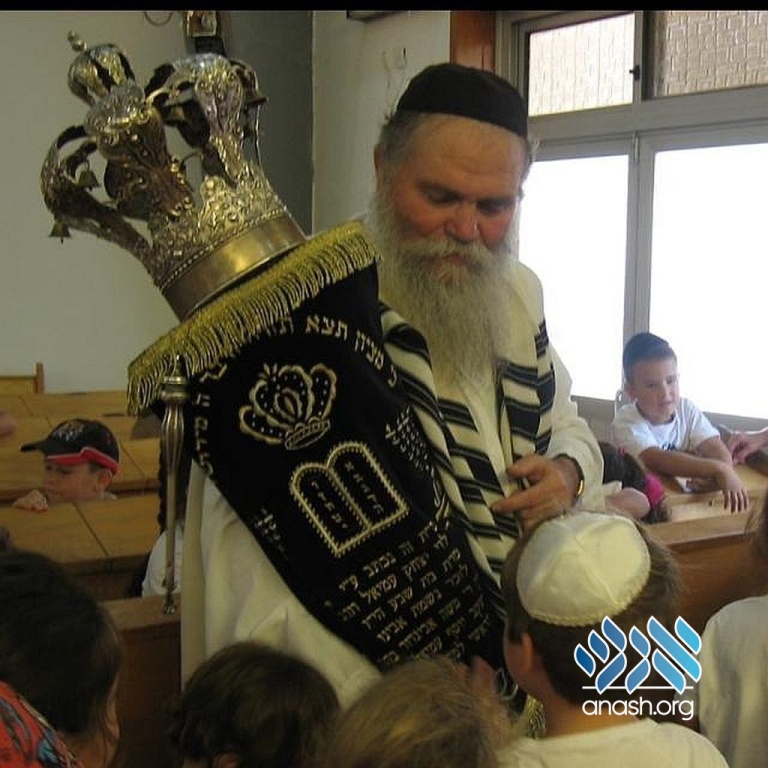 Residents of the southern Israeli city of Arad gathered Thursday night in the shul he founded to remember their Chief Rabbi and shliach of the Rebbe, Rabbi Ben Zion Lipsker, z’l, on the tenth anniversary of his passing following a serious illness.

Words of “awakening” were heard from the rabbi’s son-in-law and current Chabad emissary to the community, Rabbi Yaakov Mendelsohn. Rabbi Menachem Mendel Gluckowsky of Rehovot, who delivered the keynote address, is the secretary of the Chabad Rabbinical Beit Din of Israel; he is a gifted speaker.

The Georgian-born rabbi and his wife Sara were sent to Israel on shlichus (as emissaries) by the Lubavitcher Rebbe forty-six years ago, in 5734 (1973).

Reaching out to secular Jews while protecting the observance of Torah Judaism was paramount; Rabbi Lipsker opened the local Chabad House, started a Kollel program for rabbinic studies and founded separate Chabad elementary schools for boys and girls.

Another project initiated by Rabbi Lipsker was the annual Bar Mitzvah ceremony, when he brought 13-year-old boys and their parents to the nearby wind-swept cliff-top of Masada overlooking the western shore of the Dead Sea. It was a ceremony that gave many their first taste of Judaic depth, and an experience that some still speak about to this day.

The rabbi was also absolutely fearless in battling Christian missionaries who constantly targeted the city’s immigrant population. He was once actually physically attacked by a missionary near the city market who was distributing materials to passersby at the time; the missionary was allegedly concerned the rabbi would warn people away from him, according to the Yad L’Achim counter-missionary group.

The rabbi also was consulted and respected at the national level. Rabbi Lipsker served in the Chabad Rabbinical Bais Din in Israel, and was one of more than 350 prominent rabbis in Israel, including former Justices of Israel’s Supreme Rabbinical Court, who signed a “definitive Halachic (Jewish legal) Ruling forbidding the surrender of any territory under Israel’s control.” The ruling, posted on the website of The Rabbinical Congress for Peace, was related to the then-impending Israeli Disengagement from Gaza in August 2005.

Years ago, the Lubavitcher Rebbe had a conversation with the Rebbe of Gur, and in referring to Rabbi Lipsker, said to him, “You know my man in Arad?” Rabbi Mendelsohn recalled that conversation 10 years ago, during the funeral for his father-in-law.

“That’s who you were,” Rabbi Mendelsohn said. “The Rebbe’s man in Arad.”