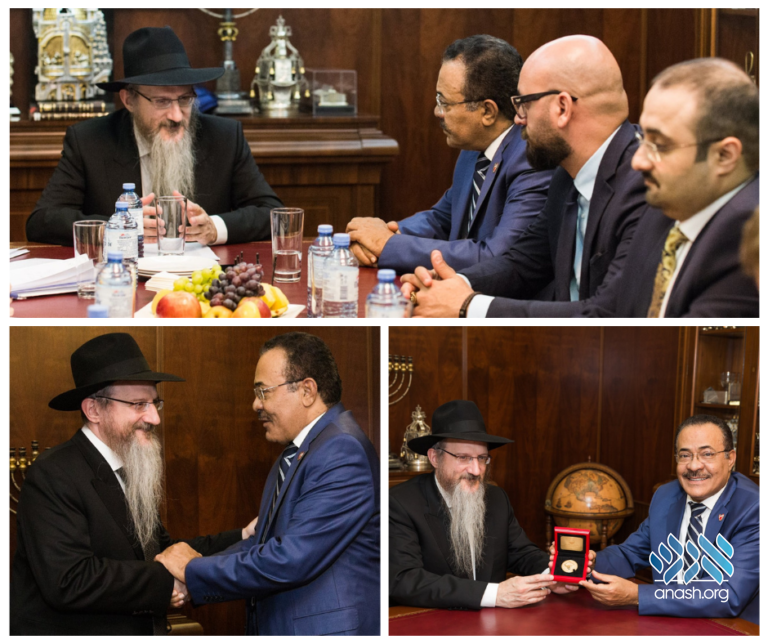 Russia’s Chief Rabbi Berel Lazar met with officials from Bahrain, they discussed the state of affairs of the Jewish community in Bahrain.

Rabbi Lazar discussed with the delegation of the Kingdom of Bahrain the prospects for the development of Jewish life in this country. Sheikh Khalid bin Khalifa Al-Khalifa, Chairman of the Board of Trustees of the International Center for Peaceful Coexistence named after King Hamad, spoke about the current state of affairs.

Today in Bahrain, in addition to the dominant Muslim, there are also various Christian communities, as well as Buddhists, Sikhs and other faiths.

As for the Jews, their number is quite small (less than 50 people) and has so far been steadily declining. There is a synagogue, but there is no rabbi.

According to the Sheikh, the leadership of the Kingdom of Bahrain is very interested in creating conditions for the development of the Jewish community in this country.