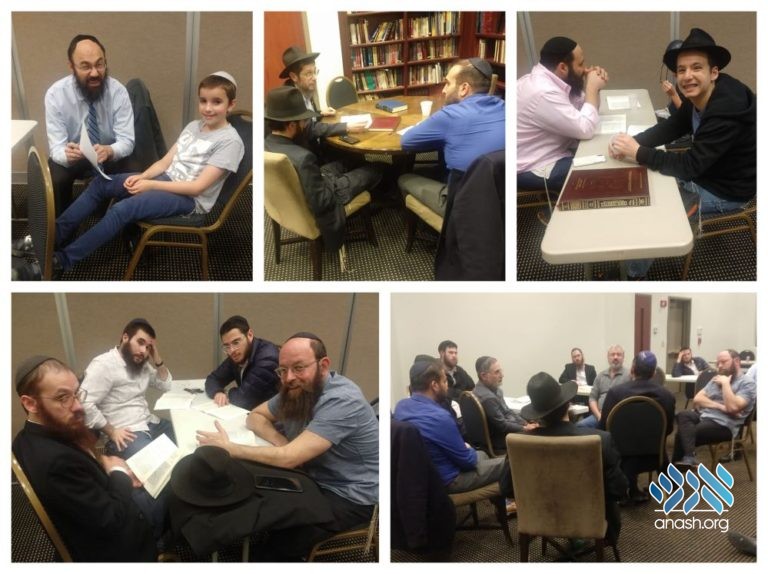 Anash and shluchim of Atlanta, Georgia gathered Thursday for the first of a series of shiurim on Basi Legani.

Every year, chassidim prepare for Yud Shevat by delving into the maamar Basi Legani, according to a set study cycle. In Chabad communities around the world, there are countless shiurim and study circles taking place during the coming month.

In Atlanta, anash and shluchim came together to strengthen their hiskashrus and learn this fundamental maamar. Participants split up to learn b’chavrusa, then enjoyed a class exploring concepts in chassidus given by Rabbi Tzvi Freeman.

The shiur, which will continue for three weeks, is one of several initiatives being worked on in Atlanta in honor of ‘shivim shana,’ 70 years of the Rebbe’s leadership.