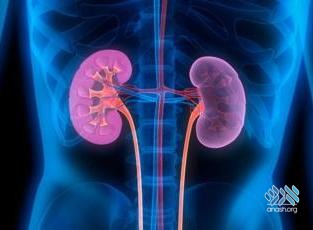 Dekel’s study discovered that damaged kidneys can be rejuvenated and helped to improve performance. Whilst the kidney was once thought of as a ‘static’ organ, past studies showed that it does indeed, over time, renew itself by cell groups replacing lost and degenerated cells.

Professor Dekel and his team took these healthy cells and multiplied them in their lab. By generation of 3D cultures called “kidney spheres,” the cells showed improved function to generate new kidney tissue and replace lost cells.  The cells were reintroduced into the kidney where they positively affected other cells and helped rebuild tissue, improving renal function.

“The breakthrough in this technology,” Dekel explained, “is not only in the ability to maintain the kidney-renewing cells outside the body, but also in the ability to multiply them and generate large numbers of cells and make them function properly using the 3-D cultures. This is important news for patients with chronic kidney disease, who hopefully will benefit from these discoveries in the coming years. The ability to generate new kidney tissue (to replace the damaged tissue) could help millions of patients worldwide who suffer from kidney disease.”

An estimated 10% of the world’s population suffers from some kind of renal failure, which is often expedited by hypertension and diabetes.

The procedure, which has been tested on mice and is heading to clinical trials at the KidneyCure Bio firm, could reverse chronic kidney disease, rendering dialysis unnecessary. By using the patient’s own cells, there is no concern of rejection or the need for immuno-suppression.