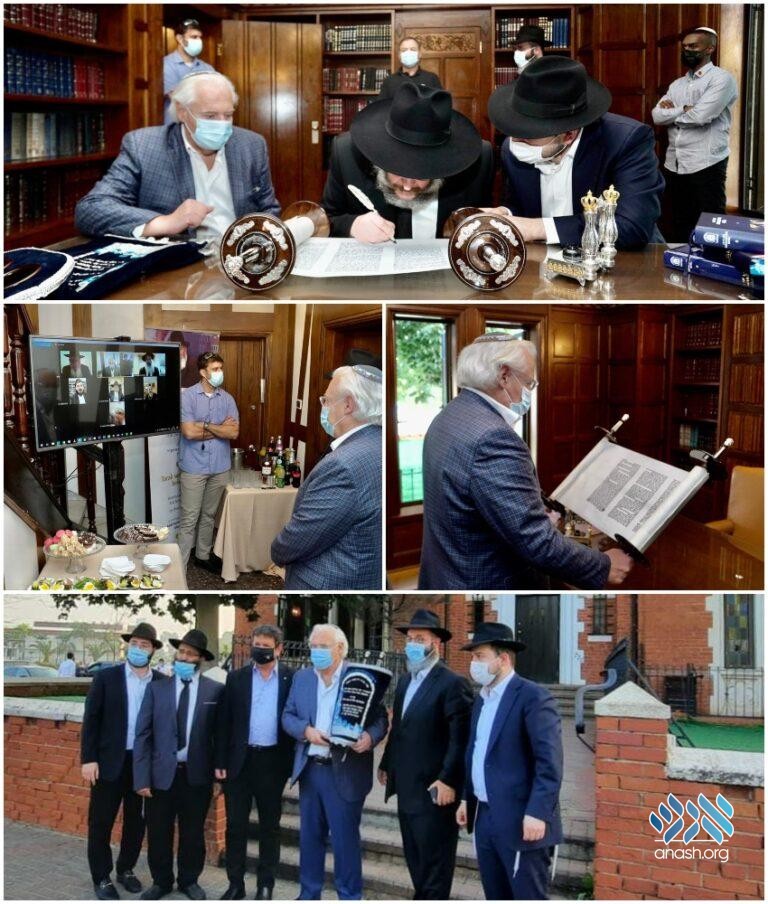 With only weeks remaining to the Trump presidency, US Ambassador to Israel David Friedman paid his final official visit to Kfar Chabad. He was joined by friends and associates who inscribed letters in the Sefer Torah being written in his honor.

A new Sefer Torah currently being written by friends and supporters of US Ambassador to Israel Mr. David M. Friedman and his wife Devorah, was brought Tuesday to 770 Kfar Chabad for writing the final letters.

The ambassador was joined by close friends and associates who inscribed letters in the Sefer Torah in the exact replica of the Rebbe’s room.

The private ceremony, which took place just two weeks before the end of the Trump’s presidency, was attended by Aguch Chairman Rabbi Yosef Yitzchak Aharonov, director of 770 R’ Menachem Latter, and editor of Kfar Chabad magazine R’ Menachem Cohen, and others.