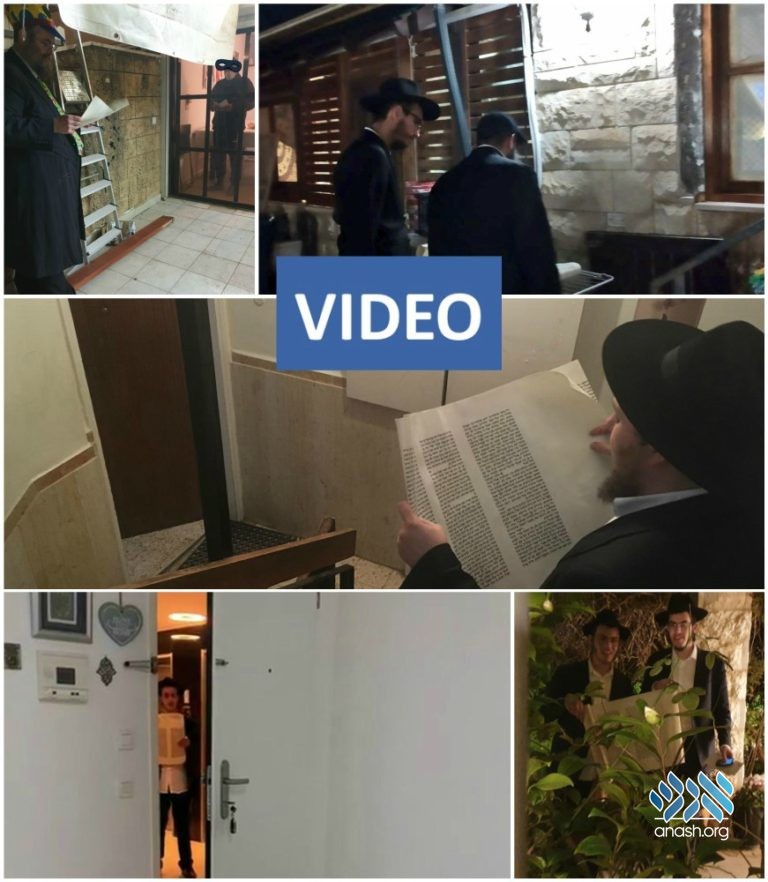 Just like in New York, tens of Chabad Chassidim spread out over Eretz Yisroel to read Megillah for the tens of thousands in quarantine due to the coronavirus.

The tens of thousands quarantined in Eretz Yisroel were not left alone during Purim. In an unprecedented operation, Tzeirei Chabad sent out hundreds to read Megillah for those in isolation.

The Megillah readings were conducted in full coordination with Israel’s Ministry of Health. During a pre-Purim meeting health minister Rabbi Yaakov Litzman set gave strict guidelines including a distance of two meters between the quarantined and the baalei kriah.

The operation began at the beginning of the week, when Tzeirei Chabad launched a “Megillah quarantine” hotline. Hundreds of calls came in and Tzeirei Chabad prepared to send out someone to each and every location.

Residents were grateful and moved by the volunteers who took the time to ensure that they would also experience Purim, even as they were alone in their houses.

The Chassidim covered the entire Israel, from Dimona to Eilat, from the Dead Sea to Tel Aviv. After reading the Megillah, they also delivered Shaloch Manos for those in quarantine.

Chabad didn’t forget their other ‘customers’ either. As every year Shluchim visited hospitals, prisons, the IDF, families of terror victims and tens of thousands of ‘regular’ Yidden to make sure that no one missed out out on the Purim joy and the mitzvos of the day.