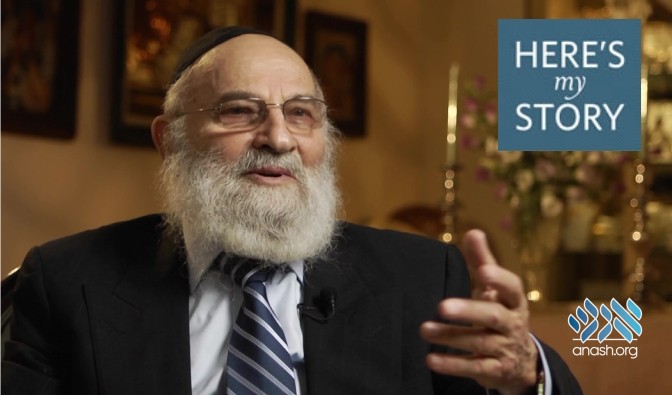 When Shmuel Blizinsky served in the IDF in the early 1950s, he was only able to find twelve religious soldiers on his entire base. As it turned out, the Rebbe was able to find him three thousand.

For most of his life, Rabbi Shmuel Blizinsky (1931-2020) served as the Chabad emissary to the kibbutzim of Israel. In recent years, he retired to Hollywood, Florida, where he continued his outreach work. He was interviewed in March of 2011.

When I served in the Israel Defense Forces, I was only one of twelve Torah observant recruits in the Givati Brigade which, back then, numbered some three-thousand soldiers.

We had kosher food — because, by Israeli law, all food in national institutions has to be kosher — but we had nothing else. We had no synagogue in which to pray (like they have today on every base), nor a Torah scroll to read from. But we tried to make the best of it.

One Friday, as Shabbat was approaching, I went to the other observant boys and said to them, “Come to my tent this evening and we’ll pray together. Let’s have our own Shabbat meal; we can sing and celebrate, and it will feel like a real Shabbat.”

They thought it was a fine idea and so that is what we did. We got the food from the dining room and brought it back to my tent, where we made Shabbat — just the twelve of us. We prayed, we sang, we ate, and it was beautiful. And nobody bothered us.

— the famed Brigadier General Abrashah Tamir. He went around inspecting everything and, one Friday evening, he came to my tent and found us sitting there and singing.

“What’s going on over here?” he asked. “Why are you not eating together with all the other boys in the dining room?”

I explained to him that we were observing Shabbat, and this was the reason we were eating apart.

He didn’t say anything right then, but two weeks later, just as Shabbat was coming in, I was summoned and told that General Tamir wanted us to eat with everybody and

— not only that — he was asking me to recite Kiddush, the blessing that starts the Shabbat meal, for all the soldiers.

I was pleased and flattered. I said, “That’s a great idea!” But as I was approaching the dining room, I heard a band playing inside. This was a violation of Shabbat and I stopped — I couldn’t go in. So I told my escorting officer, “Forget it.”

A few minutes later, the officer returned telling me that there was now an official order from General Tamir that I and the others must come. I refused to obey the order; I said, “I have orders from a Higher Authority. I will not violate Shabbat and I will not come.” The others agreed with me and we stayed where we were.

The upshot of that exchange was that my colleagues were arrested and I was brought to General Tamir’s office. When I walked in, he took off his jacket with the commander’s insignia and he said to me, “Speak to me like I am not your commanding officer. And please explain why you did this! Why did you shame me in front of all the soldiers?”

I didn’t know what he was driving at. I said, “What did I do to you? You can make Kiddush yourself, why did I have to do it?”

And then he told me what had happened:

After he saw us in the tent that first time — when we were singing and celebrating Shabbat — he decided that this experience would be good for the whole camp. And he brought in the band to make it even more joyful. He had no idea that playing musical instruments was forbidden on Shabbat. He just didn’t know!

Once I understood all this, I said, “If you just stop the band from playing, we will come. It will be fine.”

He agreed and, five minutes later, we joined the others — I made Kiddush and everyone was happy.

A couple of days later, I was summoned by the commander of the division headquarters who — to my utter amazement — apologized to me. He actually said, “I apologize to you in the name of the whole headquarters for what happened. Nobody had the right to make you violate Shabbat.” These were his exact words.

And then he asked me, “What do you need?”

“We need a synagogue, a proper place to pray,” I said, “and a Torah scroll.”

Sure enough, a space was designated for us to pray and a Torah scroll was brought in with a military escort and an army marching band.

It was just amazing, and I related this whole story in a letter which I sent to the Rebbe.

In short order, I got an answer — and it was an answer which changed my life.

“I greatly enjoyed your letter… in which you describe your army service and your activities in strengthening Judaism among your comrades…. The greatness of what you are doing can’t even be described in writing… but I can correctly say that if you joined the army only for this, that would have been enough.”

This meant so much to me. And then the Rebbe asked me to do something for him: “My heartfelt request is for you to give my blessing to each soldier, not just to the “religious soldiers” as you refer to them in your letter.”

He went on to explain: “The adage of my father-in-law, the [Previous] Rebbe, is well known: ‘A Jew neither wants nor is able to be separated from G-dliness,’ and therefore, all of your comrades are religious.”

“It is simply that some of them lack knowledge of Judaism. But they will not remain distant and will realize that they, too, believe in G-d and his Torah. Please convey to all of them my blessing — that they be inscribed and sealed for a good and sweet year.”

He told me to go and tell every single soldier whom I encountered — each one of them — that the Lubavitcher Rebbe blesses you for a good and sweet year!

His message was an entirely different mindset about how to look at a Jew. Until then, I would put people in categories — religious and non-religious — and obviously, I considered myself a member of the religious group. But the Rebbe taught me just how wrong I was, because all Jews are religious — some of them just don’t know it yet.