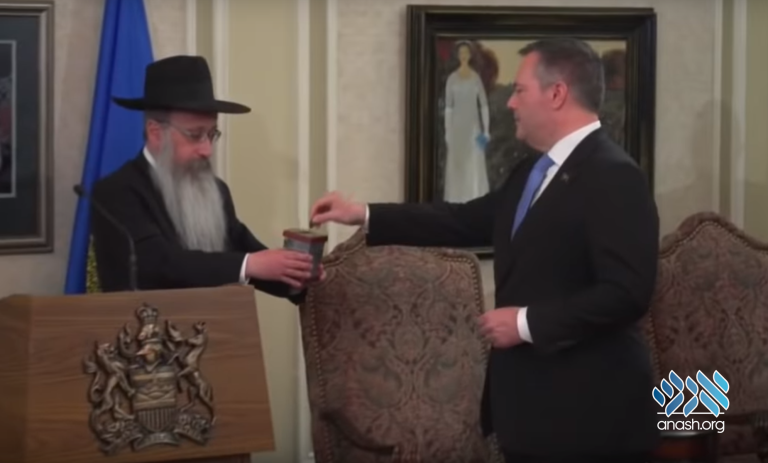 Rabbi and Rebbetzin Matusof presented Premier Kenney with a pushka, inviting and encouraging the daily practice of charity at the start of every day. The Premier and his office were more than willing to alter protocol, and arranged the ceremony so that both Premier Kenney and Lieutenant Governor Mitchell could fulfill the mitzvah of giving tzedakah. The pushka remained on display on the podium throughout the ceremony.

The Honourable Lois E. Mitchell, Lieutenant Governor of Alberta, thanked Rabbi Matusof and relayed a story of her youth on how if someone knocked on her aunt’s door, and her aunt had ten dollars, she would give that person five. “I learned what true charity was all about then and it has stayed with me now.”

Many of the new ministers also welcomed Rabbi Matusof’s message of charity and giving. Premier Kenney asked that the pushka be placed on his desk in Alberta’s Legislature Building.