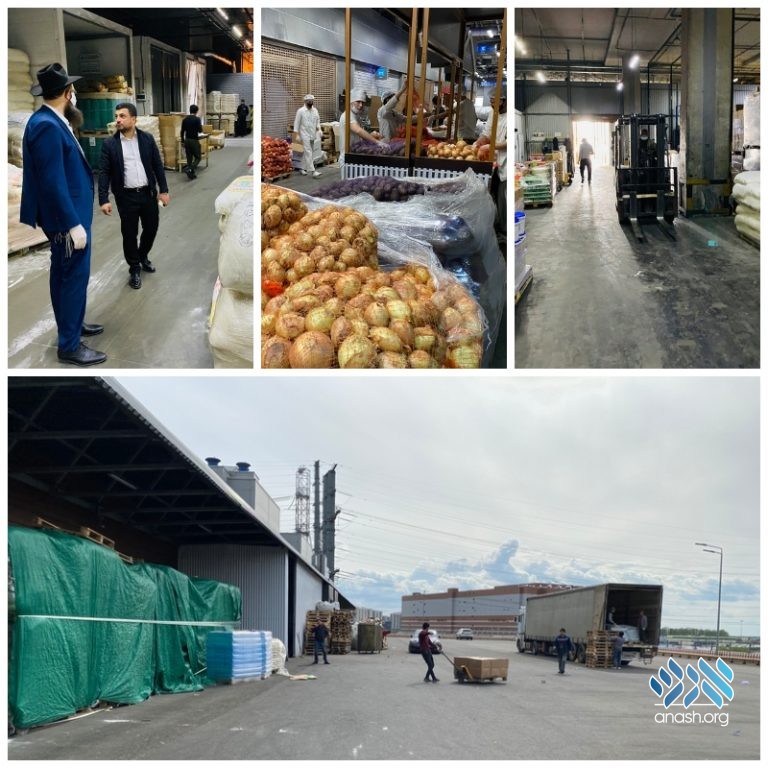 In a massive project the likes of which Russia has never seen, tens of thousands of kosher food packages are being distributed to Russia’s Jews.

In an enormous hangar in Moscow something huge is happening these days. A project of kindness, the likes of which Russia, and especially its capital, Moscow, has never seen. Since going into lockdown in wake of the Corona virus, millions of citizens are in complete isolation. Amongst them are thousands of Jews who were left without any source of income, and many more who are afraid to leave their homes, even just in order to buy basic groceries.

At the initiative of Russia’s Chief Rabbi, Berel Lazar, several friends and supporters of the community have stepped forward and within a few days arranged the distribution and delivery of weekly food packages to families who have small children, who have lost their jobs, as well as the elderly homebound.

Each package includes frozen meat products, challa and grape juice, as well as fruit, vegetables, and other basic groceries. Additionally, in each package there is a beautiful publication about shabbos, some Jewish resource material, along with Shabbos candles for Jewish women and girls.

In Moscow proper, the packages are distributed to about twelve thousand (!) addresses. This includes those who regularly recieve aid through the Shaarey Tzedek Chesed Center, as well as many additional families who have turned to one of Moscow’s thirty Chabad Houses for help and assistance.

In other cities throughout Russia, an additional ten thousand (!) packages are being distributed and delivered personally by the local shluchim to their community members.

These food packages are in addition to the weekly packages sent out to families in need by the “Matan Be’Seiser” fund under the “Keren Chaya Mushka Gmach”.

As well, “Bikur Cholim” of Moscow sends out dozens of hot cooked meals daily to those who are hospitalized or are sick at home.

All of these aid projects are causing a big Kiddush Hashem in Russia, with the Jewish community serving as an example to many as they maintain the highest standards of hygiene while providing help and support to so many.