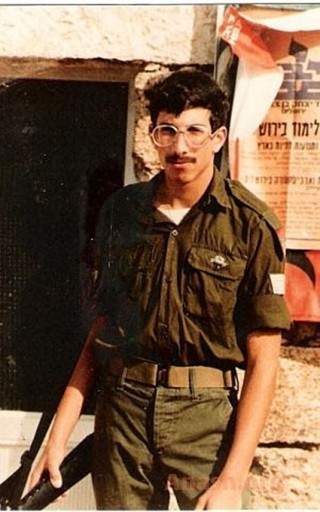 Close to 40 years after he was went missing-in-action following the Battle of Sultan Yacub, the body of Sgt. Zachary Baumel has been returned to Israel for burial.

Baumel’s body was repatriated to Israel via a third country several days ago aboard an El Al flight, following an operation by Israeli intelligence agencies, and identified by his DNA at the Abu Kabir Forensic Institute, as well as by the Chief Military Rabbi Brig.-Gen. Eyal Karim, IDF Spokesperson Brig.-Gen. Ronen Manelis said on Wednesday. The head of the manpower directorate Maj.-Gen.Moti Almoz personally informed the Baumel family that he had been identified.

The battle of Sultan Yacoub, a skirmish between the IDF and Syrian army, took place on the sixth day of the First Lebanon War in June 1982 in the Bekaa valley.

At the end of the battle, the battalion and additional forces had 20 dead and more than 30 wounded. Eight IDF tanks also remained in Syrian hands, two of which had three missing IDF soldiers who had been involved in two separate incidents about three kilometers apart: Sgt. Yehuda Katz, a gunner in one tank crew, and Baumel and Zvi Feldman in another tank.

“This was a long-term effort by the intelligence community and the Missing Persons Division during which various operational activities were carried out to locate the missing soldiers,” the military said, adding that the military is “committed to continuing the efforts to locate Sergeant Yehuda Katz, Sergeant Tzvika Feldman and all the missing soldiers and captives, and all fallen IDF soldiers whose burial places are unknown.”

Manelis wouldn’t say where Baumel had been buried for all these years but in September Russia claimed that its military worked with Israel on an operation to locate the remains of the fallen IDF soldiers which were in Syrian territory which had been under the control of the Islamic State.

“Israel appealed to Russia with a request for help finding the remains of Israeli servicemen located at specific coordinates in Syria. The search was organized after Russia agreed to the operation with our Syrian partners,” said Russian defense ministry spokesman Maj. Gen. Igor Konashenkov.

Several months earlier, in May, an official from the Popular Front for the Liberation of Palestine-General Command had claimed that IS militants had excavated graves in the Jewish cemetery Damascus where it was rumored that the bodies had been buried

While Feldman was in the same tank as Baumel when he was killed, Manelis would not comment on whether the body of Feldman would soon be found or returned to Israel.

There was no prisoner exchange, Manelis said, explaining that it was an operational mission carried out by military intelligence

“We never gave up on returning our missing soldiers from Sultan Yacub. There were several operations in this regard,” he said.

“The Chief of Staff Lt.-Gen. Aviv Kochavi, IDF commanders and soldiers, embrace all the families, including the Baumel, Feldman and Katz families in these moments,” the military said.

Details of the funeral will be given in the coming days.