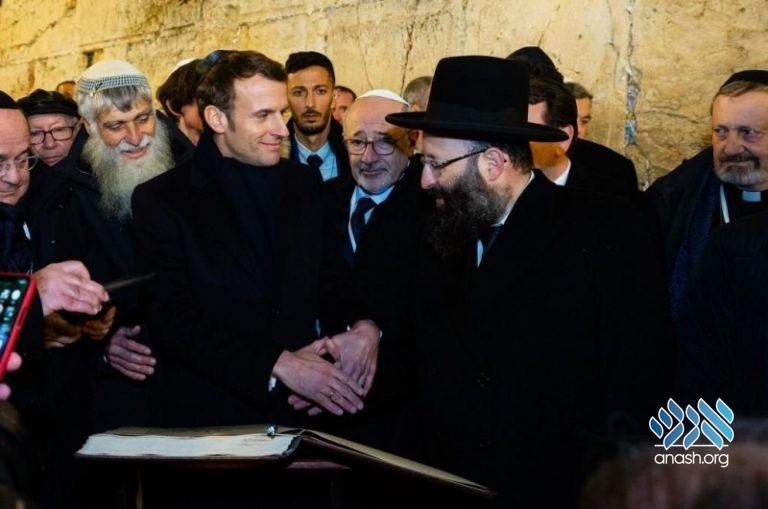 While in Israel for the Fifth World Holocaust Forum, French president Emmanuel Macron visited the kosel, marking the first high level visit from French leadership in over two decades.

On Wednesday, French President Emmanuel Macron visited the Kosel, making it the first presidential visit from the country in over twenty years.

Though he has been highly critical of Israel’s government in the past, Macron braved the rain to pay his respects at the holy site.

“I feel the holiness and the history here,” Macron said.

Rabbi Shmuel Rabinowitz, who is in charge of the site, thanked Macron for coming, telling him that it showed appreciation for the Jewish nation’s heritage. Rabbi Rabinowitz further explained that shuls all over the world, including in France, face Yerushalayim.

Macron is in Israel to attend the Fifth World Holocaust Forum. Other visiting heads of state who visited the kosel on Wednesday include President Guoni Jóhannesson of Iceland, President Zeljko Komsic of Bosnia, and President Salome Zourabichvili of Georgia.